Gain without the Pain

4:53 PM on 08.04.2011 (server time)    0
Like a lot of gamers here I play Minecraft. As some of you might of been I was either not interested or didn't see what was good about it at all, which I naively thought without having actually given the game a try. However a friend of mine managed to convince me to try it out, so I went ahead and bought it and felt like I wasted my money.

Yes like a lot of people I wasn't sure what to do, but roughly 2 months later I decided yet again to give the game a chance, whilst having an FAQ open in my browser. From then on I was hooked and had become part of the huge fan group that surrounds Minecraft.

However recently I decided to install mods for the game, these included me allowing to fly and having access to all items without having to find them. I primarily did this for playing with friends online however once I returned to Multiplayer I found myself enjoying the game much more. 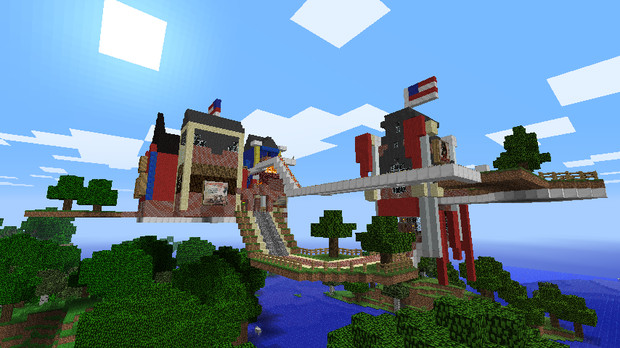 So what's my point? Well I suppose you could say this reflects badly on me, I want stuff but refuse to actually do anything in return! But no, this isn't some psychological pretentious post. My question is does every game like this need some restraint put in place for true enjoyment? I suppose it's a personal thing really. Some people look down on the mod players and believe in putting in that crazy effort.

And when you see video's of giant death fortress's built without a single mod a tiny nerdy part of you feels impressed. However I shall stick to my blocky god like powers but more importantly what about you guys? I guess the real question of this should be how do you prefer it? Do you take the pain or go down the Zeus like route?
#ShareonCommunityBlogs
Login to vote this up!