eSports: On the Fence

9:27 PM on 08.02.2011 (server time)    0
Like a lot of gamers, I got my first taste of real competitive gaming as a freshman in college. Smash Bros., Halo, a little TimeSplitters...but the game I played was a little more hands on. I played one of the oldest electronic sports--and the oldest club sport at Georgia Southern University: fencing.

Really only needing to fill an elective spot and, like most gamers, having a fascination with swordplay, I jumped into an intro class and was immediately swamped with how technical the sport is. Fencing is divided into three categories/weapons: Foil, sabre and epee. The biggest difference between each division is the concept of target area, essentially which parts of your body are fair play for your opponent to attack. I was a foil fencer, which meant my chest, shoulders and back were my target area--anything else was off-target. Further, only direct, sustained contact with the tip of the foil would count.

So how could these hits be registered in such a fast-paced sport where two people constantly stab each other? Well, wires, of course! Each foil had a wire running from the tip to the hilt, which was plugged into a cord rigged with the scoring mechanism. In addition to my mask, glove and canvas shirt, I also wore a metal lame, a covering for my torso that would complete the circuit when a certain amount of pressure was applied from the tip of the foil to the jacket. The system was quite simple and reliable, even able to register mis-hits and would tell who hit who first, assuming the two competitors attacked simultaneously.

It was very easy for me to get into fencing, since the sport resembles video games so closely. It's first person, to be sure--but it's played on a long mat where there is only forward and backward motion. It is essentially a 2-D fighting game. With that comes a lot of strengthening of calf and thigh muscles (as my fellow QWOPpers are probably aware). Right of way was the bane of my career. Whoever strikes first and succeeds will score, but if I can parry my opponent's strike, then I can riposte, and perhaps score a counter-hit. You have to match your opponent's movements--the give and take is the most intense part of a match.

It's a lot of information to handle all at once--movement, striking, defending, nervousness--so at my first tournament, I went a little nuts. I basically forgot all the things I learned and went all-offense instead. Instead of taking the time for head-games, measured combat and remembering the moves I learned, I would rush my opponent as soon as the ref called for us to start. They were all n00bs like me, so they weren't prepared for the match to become a reflex test. In this round-robin tournament, I scored about 30 of my team's 45 points. I made a kid cry. 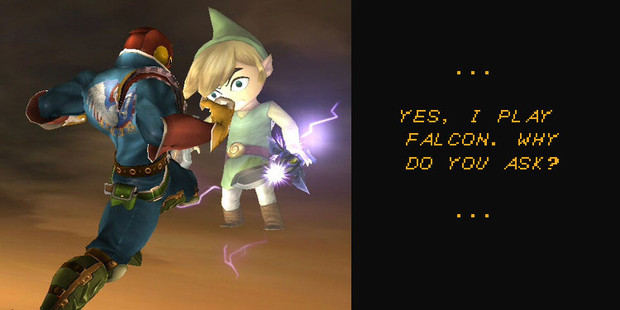 I left the sport after a few years. I didn't have the drive to really get better, though I certainly gained an appreciation for the people who do. I lost interest...and, okay, wanted to play more Smash Bros.

Also, I could never beat the damn Cobra. What kind of self-respecting mongoose allows that?
#OpinionEditorial
Login to vote this up!

My earliest memories involve my desire to play video games. While my parents were playing the original Mario Bros., I would run around a chair, jumping along with Mario. As soon as I was able to play NES games on my own, I played whatever I could get my hands on--Kung Fu Heroes, Castlevania, Tecmo Bowl, The Legend of Zelda, Bionic Commando and Clash at Demonhead are just a few games I obsessed over. Super Metroid, Demon's Crest, Secret of Mana and Secret of Evermore were a few of the games I enjoyed in the SNES era.

Earthbound was a life-changing experience for me, and I still play it once a year or so.

Was a Nintendo fankid until I was 14, when I had a dream I was enjoying playing a PS1. I'd gotten away with not owning any Sega stuff, but the fact the future was changing caught up with me. The emotion from the dream carried over to subsequent generations, where I played what I enjoyed. I think it's as simple as that.

I think the most fascinating thing about video games is they are made by people, not just companies. Every game has some interesting quality because there's that human element in it. Hell, I've had fun watching the RugRats board game for the N64 play itself (4 CPU characters). Somebody made it do that, and I'm sure they knew what they were doing.

These days, I'm a little more discriminating with my time, but I've fallen in with the timesink Atlus games, Suda 51's masterpieces (heh), and (dammit) Pokemon. But I like to write about the relation we share with games--video games are the premier second-person experience, and I think that's very fascinating.