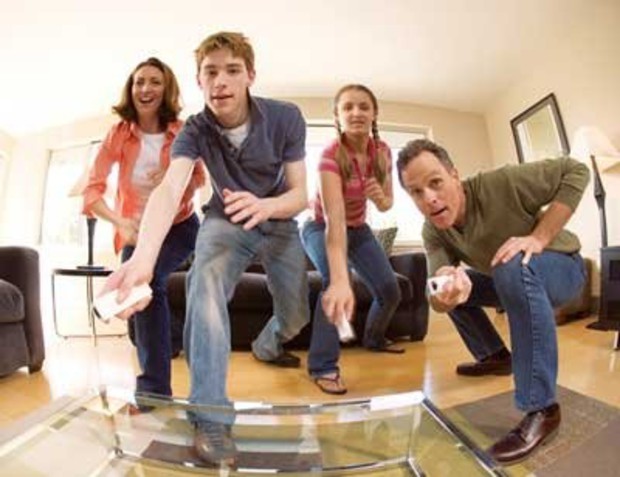 Motion control makes the mistake of confusing these two very different experiences, and that's where it misses. Video games will always be distinct from virtual games, even though both are valid and can be equally fun. Motion control on the holodeck makes perfect sense, but in Mario? Not so much. And imposing motion control on video games that are meant to create an experience rather than just simulate one, ends up ruining it instead. I can enjoy paintball, but even the most extreme LARP-ed up version of it won�t replace the fun I have playing Call of Duty.

That�s because video games go beyond attempting to simulate an experience and actually try to create an entirely new one through the connection shared by players and their onscreen avatars. It�s not that I want to be Mario, jumping on blocks and diving down pipes; it�s that I want to inhabit the character and yet control him from afar. Like a pilot who still enjoys flying a remote control plane. The experience isn�t meant to just simulate what it�s like to actually be flying in a plane, it�s meant create a completely new and unique experience through the interaction of the controller and the controlled.

So when motion control attempts to collapse the space between my avatar and I, it�s missing an essential part of what it means to play and enjoy video games. And until motion control evolves to the point of more sophisticated simulation, like the holodeck or the Matrix, it should be kept separate from the traditional video game experience. Go outside for a little bit everyday, exercise regularly, but let me enjoy my video games from the comfort of my couch and the ease of my favorite controller.
#OpinionEditorial
Login to vote this up!