Downloadables: A Hoard of the Game 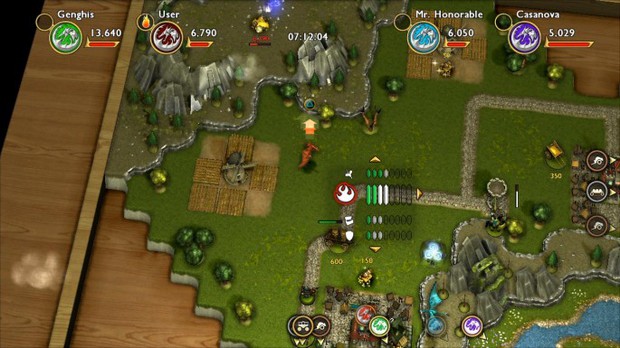 Dragons interfering with your tribute wagons, dragons decoying you into chasing princesses so they can steal from your hoard, dragons nabbing your powerups, dragons leading trains of knights in your direction, dragons ambushing or sniping you when you're in mid-raid and far from home. Managing each map requires an ability to react quickly, to strategize, to adapt, to make critical decisions between offense and avoidance, and to shift focus between short and long-term goals. It's frenetic, and it is challenging.

The lives of dragons span aeons, and the rise and fall of your entire empire can hinge on the events of what seems like 10 or 20 minutes. Fellow dragons, I challenge you to take an active part in managing this world of ours, in overcoming its obstacles, and in becoming the bravest, strongest, richest creatures this world has ever seen. With your help, I believe we can accomplish this goal, and accumulate hoards the size of which our ancestors could never have dreamed possible.

And if I catch any of you within seven leagues of my lair, I will straight-up murder you into ashes.

Thank you for your time. Be safe.
(with apologies to Big Sandwich)
#OpinionEditorial
Login to vote this up!