The Failure of Flashpoint Red River

11:20 AM on 07.17.2011 (server time)    0
Ok, so I'm going to talk about something nobody's ever heard of - Operation Flashpoint: Red River. At this point in the blog you've probably raised an eyebrow or are poking the screen (please don't do that, you'll only get it mucky), and are thinking 'what the Fu...?!' and tbh I wouldn't blame anybody for not having heard of it - let alone played it. 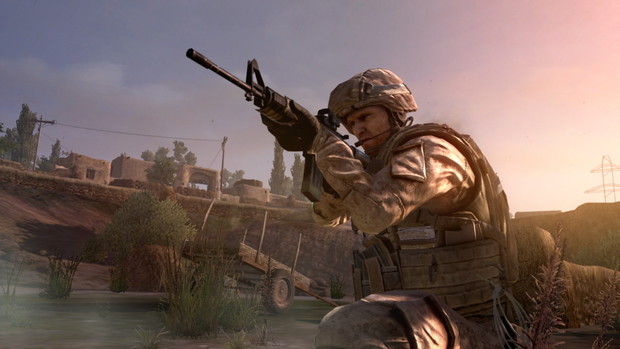 Probably the only interesting upside to Red River (compared with most shooters), setting aside it's long list of problems, is the fact you fight the Chinese in it and not the Russians. Granted the excuse as to why you do fight them is pretty flimsy but it makes an interesting change given the difference in hardware. You do also have the ability, though limited, to customise your equipment for different missions - though the fact this is never signposted lets the game down too.

The thing is the premise behind Flashpoint is pretty good - a relatively easy to get into shooter with realistic physics and the need to think before you rush into a fight. The problem is it seems like the Codemasters' team have taken Bohemia's original concept and rather than improve on the good points and iron out the faults have just decided to make it as meh as possible in the hopes that the dumb shooter story will make people overlook the ropey mechanics and bland script which doesn't work.

I'm a little sad that there probably won't be another Flashpoint game, though not surprised at how few copies it sold, but given how poor Red River was I'm not really surprised it did so badly.

Seriously, it sucks.
Login to vote this up!