No one can say that at least one form of digital distribution is bad. For example, downloading a game demo is one form of digital distribution (try saying THAT five times fast) that benefits us. People often complain of how terrible a game is, or rather how dissapointed they were with the game. Game demos solve that problem - play a slice of the game, and your level of doubt over whether to purchase the game suddenly diminishes.

Having said that, many people (sometimes myself) would be displeased with a digital copy of a game, as they would rather buy a physical copy, with it's glorious brand new smell, manual, box art and all. For many, this seemingly simple factor can be a deal breaker, especially with all the different kinds of collector's/special editions that are available for all major releases today, as well as the physical game-world maps that are included with games like Age of Conan, GTA IV or Red Dead Redemption. On top of that, many franchise fans are filled with anticipation, and to many, counting down the release of a game on Steam isn't as exciting as waiting in line for the midnight release of the "next" game.

Usually on Steam, I'm reluctant to purchase a new multiplatform game when it's released, because even if the game is probably better on PC, and is �10 cheaper, buying the game from Amazon would be a lot cheaper. However, when there's a Steam sale, be it a Summer, Christmas, or Halloween sale, I fall in love with digital distribution all over again - I mean, the prices at which you can buy these games are mind-blowing. In this recent sale, although I didn't buy as many games as I did during the Christmas sale (Mafia II, Mirror's Edge, Super Meat Boy, GTA IV Complete Edition, Left 4 Dead 2), I'm still brimming with joy at the 66%-80% deals on the games I've purchased - Amnesia: the Dark Descent, Aquaria, Bioshock, Bully: Scholarship Edition and Sims 3: Complete Pack.

Personally, the ability to download a game, old or brand new, just makes life easier. I don't own a single physical copy of a PC game, and that's because downloading something off Steam, is easy, quick and generally a lot less bothersome than going out and buying a game from a store, or even ordering a game off Amazon. One reason downloading old games on Steam is such an obvious choice is because they're so cheap - much cheaper than games on services such as Xbox Live's Games on Demand (which is why I buy all retail games for my 360 through GAME or Amazon.

Another major advantage is that digital distribution is a blessing for indie game developers, giving them the tools to spread the word of their game, to easily have access to a large market, and ultimately the potential to have a hit on popular distribution services like Apple's Appstore, the Android Market, XBLA, Steam and the PSN Store. Online markets are huge today, and indie developers are given the opportunity to get their concepts and ideas out to the world, so that it may be ridiculed, or so that it becomes a worldwide phenomenon. 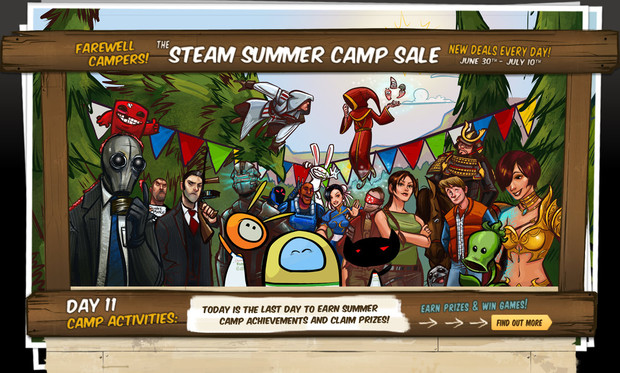 So in conclusion, I believe that digital distribution is amazing, and minor disadvantages shouldn't sway you from what is inevitably the future of gaming. You can't not love Steam Sales, and promotional sales give players further motive to download games. The fact of the matter is that retail copies of games are gonna be around for a very long time, so if you want to get the soundtrack, art book, character figure from the Collector's edition of [insert game name here], you still can for a very long time.
#OpinionEditorial
Login to vote this up!