3:54 PM on 07.08.2011 (server time)    0
We all know the drill: intellectual properties typically make the jump to video games only as the geek-beseeching arm of a vast marketing strategy, cross-promoting some other product on the verge of release. Usually, it’s a movie. And such games, tossed onto shelves after ridiculously rushed development cycles, have earned a reputation among gamers. To wit: they blow.

Some intellectual properties deserve better than this, though. Whether they’re culturally significant, aesthetically unique, or just stoke my personal nerd druthers, some properties deserve more than the dregs. Here’s one such property, imo.

(Note: This post started life as a list, but this entry metastasized into…this. The rest of the entries will probably make an appearance later, but for now, I hope you really like Akira, or someone dorking out over it at unreasonable length.) 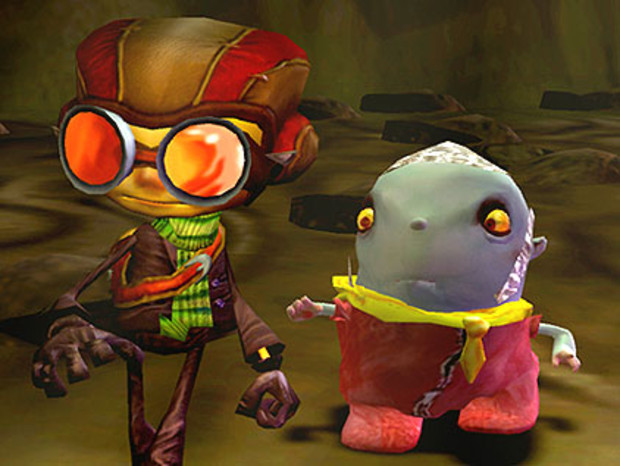 Then of course there’s Psychonauts, which carried the torch for horribly misshapen psychic children proudly into the new millennium. It also warrants praise for being the only game of the four I’ve just mentioned that doesn’t use amnesia as a central plot device. We, know, developers, that amnesia conveniently sidesteps the whole in media res dilemma that nearly every game narrative has to address, but Jesus Christ, if I have to play as one more character that wakes up on an operating table and the first words out of their mouth are “Where am I…Who am I?!” I am going to beat my console to pieces with a Shakespeare anthology, screaming about other mediums having this shit down before Western civilization figured out how to wipe its ass properly. But Psychonauts is terrific, a warm, funny charmer with memorable characters, a great plot that makes you eager to see whose brain you’re raiding next, and level design ranging from the dang clever to the mutha-fuckin’ sublime. While it’s not a perfect game (the actual gameplay is just okay, feeling more like a serviceable conduit by which you explore the game’s better ideas), it is a unique little snowflake.

None of these games fill the Akira-shaped hole in fan's libraries, though. These titles are all rightfully doing their own thing, but offer just tantalizing suggestions of what could be.

The impossible dream may become nightmarish reality soon enough, though. An American adaptation of Akira is currently working its way through the lower intestine of the Hollywood bilge machine, with the setting being rejiggered to “Neo-Manhattan” and all the Japanese juvenile delinquents now twenty-something white boys. Needless to say, if the brain trust behind that idea has any say in the inevitable tie-in game, I’ll have to make this blog even longer to accommodate its place of shame. *sigh*
Login to vote this up!