A bit of radio silence from my part, but it has been prolific since we got a lot done, refined the gameplay, recreated some of our code and got the game to run a lot smoother.

I just wanted to update you guys with a batch of new screenshots that we shared with Rock Paper Shotgun. They show some of our progression, and although they are still lacking in many ways (no lightmapping, not many props, etc), they will give you a sense of what we are aiming at. I hope you enjoy them and don't hesitate to leave us with some feedback! 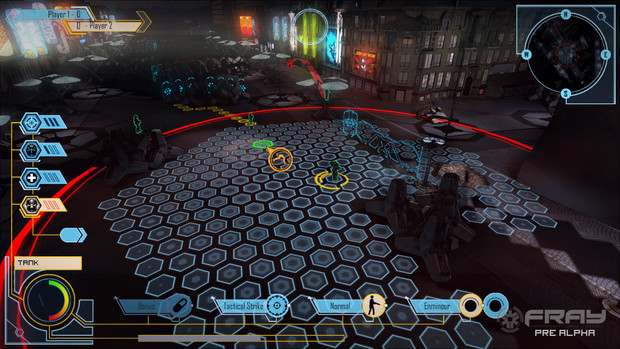 Here is an extract question from the interview that explains some of the gameplay:

RPS: Greetings! So, simultaneous turn-based strategy? You’d better explain how that works, before the heads of our readers cave in like rotten fruit.

Alexandre Avenard: Bonjour RPS! Simultaneous turn-based strategy… Quite a mouthful isn’t it?
In traditional turn-based games, players take turns to give orders to their squads, armies or characters, one after another. While this system works wonders in single player games, it can be a problem in a multiplayer context, where a game can drag on and on.

This is where we believe simultaneous turn-based strategy truly shines. By allowing every player to choose their actions at the same time, we can create a very dynamic strategy game, even with a high number of players, since you don’t have to wait for your opponents. Once everyone in the match has given their orders or a fixed timer has run out, you then witness how your actions pan out in a cinematic fashion. With this system in place, Fray is much more action oriented than traditional turn-based strategy games. You have to anticipate the enemy’s actions, put yourself in their shoes, and lay out traps and ambushes, with virtually no down time, rather than just reacting to their actions. It is a very different feeling that just has to be tried!

To read more and get some higher resolution screenies, head on to the interview here!
#ShareonCommunityBlogs
Login to vote this up!