The Cracks in the Dam: Operation Rainfall & Nintendo�s Neglected Fanbase

12:38 AM on 07.01.2011 (server time)    0
Say what you will about Nintendo, you have to admit they have one hell of a dedicated fanbase. Far more than either Sony or Microsoft, Nintendo has long enjoyed a surprisingly personal relationship with its fans, many of whom grew up on the company�s consoles and games. I�m one such fan, whom since the days of the NES has had the good fortune to own every generation of Nintendo console and portable. That kind of long history with a company�s products can create a very strong loyalty that is not easily swept away. Nintendo, for all of its achievements, has made some pretty poorly calculated mistakes. Through it all, the company�s fans have stuck with them, praising Nintendo�s storied history of innovation and quality.

This very dedication is what makes the events of this past week rather significant. When Nintendo repeated its refusal of plans to localize Xenoblade, The Last Story, and Pandora�s Tower in the United States, the company�s famously dedicated fanbase very vocally turned on them and rebelled.

It�s surprising to think that three niche Japanese games, which have received no attention in American media outside of enthusiast games websites like Destructoid (which has arguably given them the most coverage), caused this kind of a reaction. Don�t get me wrong, these games all appear to be very fun, interesting, and great for any JRPG fan to own. However, I�d argue that these three games are simply the straw that broke the camel�s back. This reaction is the culmination of the years of neglect that Nintendo is guilty of toward its fanbase. 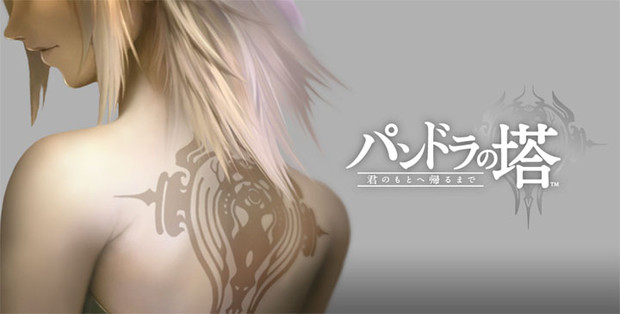 The result has been a snowballing PR disaster for Nintendo. In just 30 hours, the Facebook post has received over 6,000 comments. Nearly all of them have been slamming Nintendo for its decision. What�s even more interesting is that these comments aren�t the poorly worded rants of irrational idiots like the kind that flooded the PSN Facebook page during the network�s outage. These are well-articulated expressions of frustration and disappointment from long-time fans, many of whom have said they are seriously reconsidering WiiU and 3DS purchases after being being loyal to the company since the NES, SNES, and N64 days. IGN ran an article today with just a few of the hundreds of responses its Nintendo-focused podcast e-mail and twitter account received from Nintendo fans that were throwing their hands up in hopelessness with the company they once loved. According to a recent tweet, Operation Rainfall�s followership has increased by 50% since the Nintendo Facebook post. They�ve been retweeting the frustration of Nintendo fans worldwide.

The cracks have started to show in Nintendo�s dam. Nintendo�s historically dedicated and personally attached fanbase have seemingly had enough of the neglect the company has shown them over the last generation. Despite cries for a much more diversified gaming library and new IPs, Nintendo has ignored them and simply strutted out sales charts at E3 press conferences. Hopes were raised when during the last E3 press conference they promised strong third-party support for the WiiU and a diversified gaming library that would be able to support a diverse audience. Sadly, Nintendo�s refusal to release a game that is already being translated for another region and has received the #1 sales position on Amazon due to pre-orders alone have shown that the company has no plans or resolve for actually keeping that promise. The result is Operation Rainfall and a fanbase that, for the first time I can remember, seems to be planning a retreat from their once-loved company.

If you don�t believe me, check out one of the many comment sources I�ve mentioned. Fans are actually complaining about getting a new Legend of Zelda instead of these three niche, relatively unknown, Japanese role-playing games.

When was the last time you heard a Nintendo fan lament about a new Zelda game?
#ShareonCommunityBlogs
Login to vote this up!