7:55 PM on 06.29.2011 (server time)    0
Soooo I recently won a couple of codes for Double Fine�s Trenched for Xbox Live Arcade from the Dtoid live show Saturday Morning Hangover on Justin TV. This game looks awesome, with guys standing in tanks blowing stuff up and whatnot. I can�t wait to play it.
Exceeeeeept I don�t own an Xbox 360�..CONTEST TIME!!!

So I have two codes and there will be two ways to win them.

Here�s an example to get those creative �juices� flowing.

Conrad Zimmerman
Love that thick, bushy mustache
Wrap it around me.

OH BOY THAT�S NICE! Nothing too crude, subtly is the key to boners and victory.

Draw a picture of a Dtoid community member as an animal. Here is Gobun as a frog. 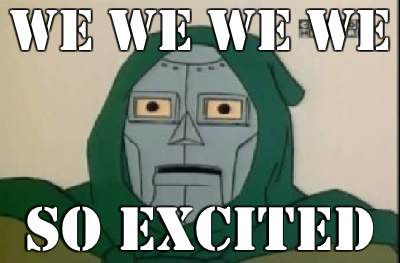