Game Progression: Why RE Mercs is Troubling

10:08 PM on 06.28.2011 (server time)    0
It seems that a lot of people are arguing over whether or not Capcom's plan to make the single save file in RE: The Mercenaries matters or not. From one point of view, you can see that it would affect the game for used game buyers, and that people who like to delete their saves to extend game life can no longer do that. On the other side, you can say that it's silly to be upset over having everything already unlocked and have high scores already there, and that deleting save files is something people are making up to make this non-problem a problem. Those who fall into the latter camp, I must say, are pretty much inviting the death of used gaming. Or at least having fun from buying a used game. Seriously. What I'm going to say is probably obvious to a lot of people, has probably been said a lot (a lot), and may be pointless, but hey, it gives me something to do. 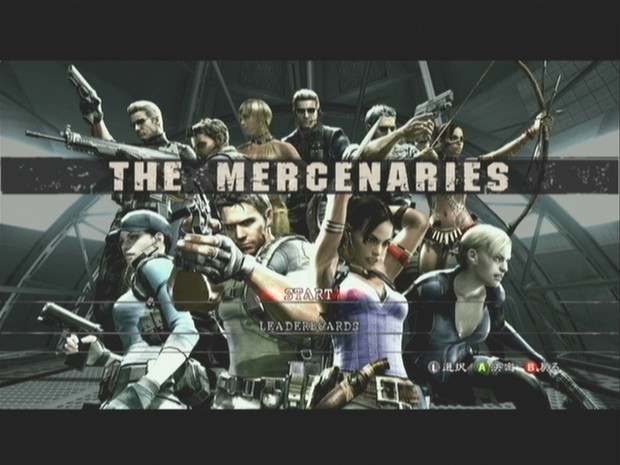 This is your game on meth. I mean used. The point is that everything is unlocked already, okay?

Since this is The Mercenaries though, I can see a lot of people trading the game back in to GameStop or what have you, mainly because it can get a bit tedious after a while. If you're like me, you're going to play something like this until you have everything. S rank on every level, with every character (or as close as you can get). Once you get there, maybe you could delete your save and start again. Lots of people do this so they can get that sense of progression and achievement back. It's like starting a New Game on any story driven game. It's not some out-there crazy idea that only the mentally unstable do. It's an actual thing. At least it is for most games, but not this one. So you max out everything and trade the game in.

The unlucky bloke (or bloke-ette or something) who picks this hypothetical game up now has everything in the game at their disposal. This is the worst possible situation. It would be like picking up Fallout 3 used, but the game has already been beat, every quest has been finished, and every special weapon and armor collected, and you can't restart the game. You're at the end game, wandering aimlessly with nothing to do, and you can't change it. Well, that's complete crap. This is stealing content from used game buyers. Stealing. Part of the experience is in the unlocking and scoring. It's not just the zombie shooting. Take away the point of the zombie shooting and you're left with a husk of a game.

This is an important thing. If Capcom sets a precedent with this, it will kill used gaming. It will kill a lot of people's enjoyment. It will kill replayability. This would be akin to removing the Prestige system from CoD's online multiplayer. It is a MAJOR step back in game design. People LIKE resetting their games, and most of you have probably prestiged in CoD! You can't tell me you haven't done it! Well, maybe you can, but you're probably outnumbered! Capcom needs to realize the power of what they're doing. They have to be very careful, because it's really powerul, especially against living things (I feel no shame). Or the used game market and the sense of progression. One or the other.

This is only my second blog. Be gentle.
#ShareonCommunityBlogs
Login to vote this up!

Hey there fellow Dtoiders. I'm Nick, and am 17. I've been on this site for a very long time but have just now gotten around to posting blogs and such. I've been playing video games since the age of 3, starting out with the N64. I'm an avid writer and write stories on other forums for fun, and I also play a little guitar. Scratch that, I've lost all guitar ability over the past few months. I now do nothing of interest.

I've usually been a Nintendo and Sony loyalist but I chose the Xbox 360 over the PS3 this generation. I do have a Wii though. Basically, I like all the consoles and have no crazy devotion to a single machine. I've always wanted to get into PC gaming, but I just don't have the hardware.

Consoles I Own
(In order of oldest to the most recent)