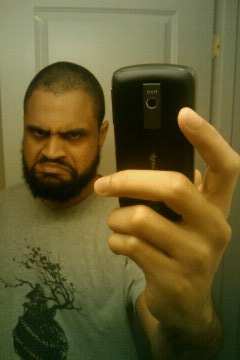 For those of you that don't know, this is my good friend and the leader of the Dtoid New England group, Senisan. Recently, he had to go under very intensive surgery and is now recovering after its success. I want to take a little time to tell you guys a short story about my fighting friend.

At a karaoke bar in New York City during the NY Comic Con, after Nick Chester sang Gay Bar and me and Mechamonkey did Toxic, I talked with Senisan for a bit. It was his first time doing anything Dtoid related and he was having a blast that weekend. I talked with him a bit about the possibility of starting a group in New England area . With PAX East starting up, I thought it would be a perfect time to start having meetups for the New England area members. A few weeks later, I see that Senisan is starting to ask a people in the forums about the idea and he creates a blog to get some things rolling. Through great work and dedication, Seni helped to organize a good group of people that are willing to travel across the Northeast on regular basis in order to have fun and develop friendships that will last a long time. Me and the rest of the Dtoid New England crew owe you for your efforts.

On behalf of the members of Dtoid New England, Dtoid New York, and the entire Dtoid community, I want to thank you for the hard work and great things that you have done for all of us. You are the shining example of what a fine member of this community should be. We wish you that are able to remain strong and that you have a successful recovery (unlike Bison's slide). I hope to see you again soon, my friend.
Login to vote this up!