Some Gamers Need to Grow Up 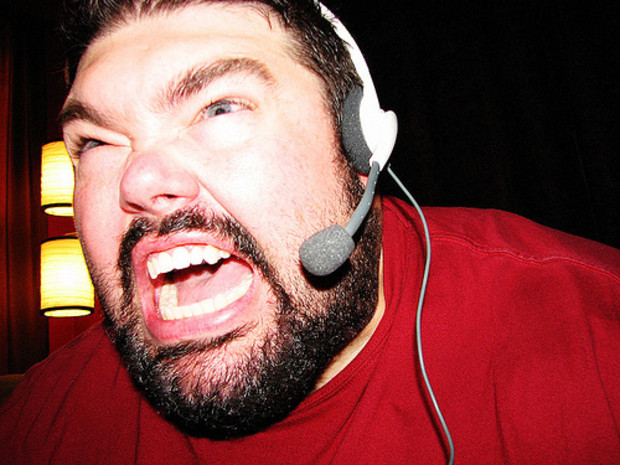 These are only two commenters among many, but the sentiment is not isolated to them. And the example that ManWithNoName rightly points to, the recent Supreme Court ruling, goes a long way toward demonstrating this split within the community more generally.

Many look at the ruling, and rightly so, as a step forward in gaming's increasing credibility, legitimacy, and respectability. But just because gaming as a medium is worthwhile and valuable, doesn't mean we need defend every thing that comes out of it. In the marketplace of ideas, all should be welcome, but all need not be equally defended, and many in fact deserve to be dismissed and even sometimes condemned.

Sexualchocolate makes a good point: "I mean sure, it's ultimately the parents who should be keeping an eye on shit, but when Mummy says no, over here it means no, over there it means you have to get the money together and buy it yourself. Is it the same for films? Like could a 10 year old go and buy The Human Centipede on DVD? I don't care how they do it, just so long as it's on par with how they deal with and respect age ratings on films."

But who could let that sensible statement stand? Many responded that the industry is "self-regulated" over here (in the United States), and that this law was stupid, redundant, and so on. The problem with that reasoning is that it cuts both ways. If the the law does nothing different from what's already in place, then who cares if it stays in place or not?

I mean, does anyone actually have a problem with prohibiting the sale of violent video games to minors?

Apparently not, since no one I read seemed to be arguing that the law was bad BECAUSE it wanted to stop minors from buying violent games, only that that is was a waste of time and unnecessary.

As a result, you've got a bunch of self-righteous gamers who won't tolerate any attacks on their video games, or any attempts to regulate them, for any reason whatsoever, whether it makes sense or not.

Should an adult be allowed to buy DNF? Of course. Should gamers feel under-attack because the government wants to stop kids from playing it? Not at all. We can defend gaming without defending all games, and without resorting to shoddy arguments and political posturing.

It's time to grow up guys.
#ShareonCommunityBlogs
Login to vote this up!