The Future of Gaming: Clouds, Bases, and Harmony

9:30 PM on 06.27.2011 (server time)    0
Cloud gaming is here, and every time I hear about it I want to smack someone. No, I'm not interested. Yes, it could have some interesting uses, but playing Crysis 3 on a computer 5,000 miles away instead of the computer in my living room isn't really one of them. Then there was Dale's post about OnLive, and it made me angry.

But then it made me think. There's a way that we gamers can have our cake and eat it too, and it's probably a distinct enough method that it'd get around the whole Cloud-Gaming Patent that OnLive has, meaning developers and publishers would love it too.

It'd even allow for game consoles which continue to push their muscles alongside PC gaming throughout their shelf-life, for a lower cost than PC gaming, without alienating customers in the least. It even has the potential to hide loading screens forever.

So everybody's happy except OnLive, which I can more than live with. 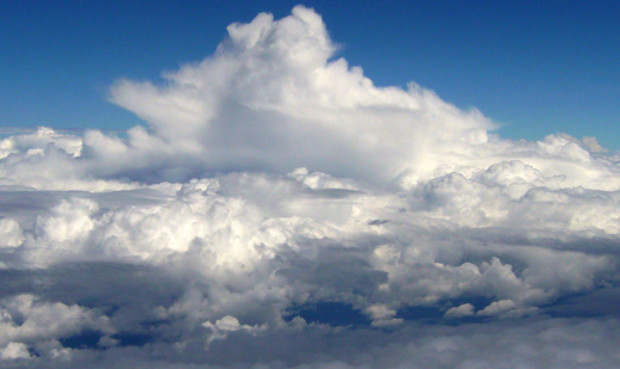 The idea here is based on three distinct principals:

And the premise of it is actually pretty simple. Combine the three into one cohesive mixture.

The console would provide the base for the game. If you're in a cabin in the woods with no internet, you can still play the game. It loads, you can play the single-player portions from start to finish, and in every way it's a complete game.

However, with an internet connection, you gain access to the complete package. You borrow a portion of the server's power and meld it with the power of your console, like Voltron, but instead of turning into a robot and kicking ass, your three-year-old console is turning into a gaming rig which is making the PC gaming rigs cry and scream about how "It's not far, damn it!"

When the game needs to load the next area, it cues up a bit of extra power on the server and loads the resources, and while your console plays catch-up the server feeds your console a complete load-out of the game until your PS4 or Xbox 720 catches up to it. Done right, this would basically allow you to have all the perks of PC Gaming (the extra graphical horse-power which comes alongside the march of technology) while keeping the perks of console gaming (no screwing about with hardware configurations).

And no loading screens which, you know, nice. Add on the fact that a properly programmed online version could take over the load while your console installs a copy of the game and installs any patches you need the instant you start playing, and this could prove to be the future of gaming.

Which is why I'm going to be filing the patent for it bloody tomorrow morning.
Login to vote this up!