3:07 AM on 06.21.2011 (server time)    0
I enjoyed the absolute hell out of Borderlands right up until that last expansion released and I lost any and all desire to play the game. But that doesn't change how much love I have for the time when I had a lot of love for playing Borderlands and I could probably be coerced into firing up the game again if Katrina ever had the urge.

So, how to approach a custom cover for this one? One of the things which draws me to games such as this is the idea of claiming a character class as your own. It's especially true of Borderlands, where it just seems less fun when there's a second version of you running around and it doesn't really help the team all that much (unless it's Lillith). So I wanted to reflect that identity, which really left me with no choice other than to just make four covers: 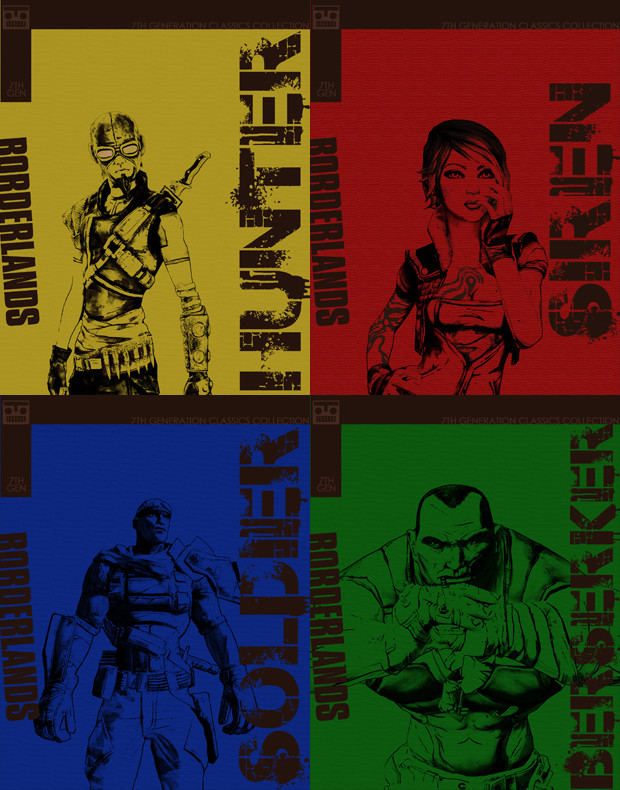 The rear of each of the four covers features the vault symbol. If there is demand and time, I've considered the prospect of making a four-piece set which, when on a shelf together, would create the Borderlands title. I just can't see a reason to do it for myself.

Anyway, feel free to download the full-sized versions below. These are sized for standard DVD cases, as I intend to pool them all together in a uniform display. Again, enough demand and I can toss together ones more appropriate for blu-ray cases.