What a PC Snob thinks of a Console Gamer... 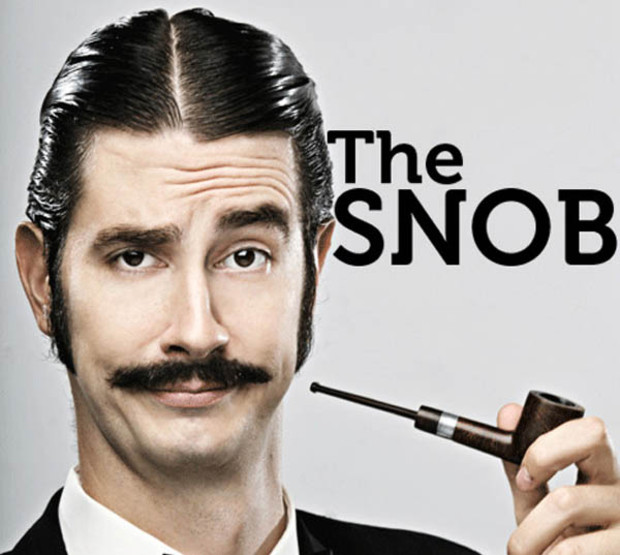 There seems to be so much animosity or paranoia form console gamers as seen in this Jim Sterling special: http://www.destructoid.com/battlefield-3-won-t-look-as-good-on-ps3-dice-says-duh--203987.phtml?s=100#comments

So I decided to clear the air and just come out with it. I'll speak for PC gamers in general.

Point 1: Graphics
PC gamers do not feel superior for having better graphics. We enjoy playing a game with good frames at a good resolution. It makes game play fun and helps create an immersive experience. We prefer, for the most part, to sit at some sort of desk but the high quality sounds and great graphics. Yes we pay more for them but we accept that and we are smart and mitigate the costs.

Point 2: Keyboard and Mouse
Yes we love our peripherals... true the mouse gives you pin point accuracy but all PC gamers get this benefit so the playing ground is even. The thing that console gamers have to understand is that games like Contra and Metal Gear were not designed to use the KB/M. FPS were. FPS were designed around the keyboard and mouse that's why they EXIST. SO PC gamers enjoy the optimization. We don't care about the game pad being used for FPS. We don't its fine, but we also feel that you pick your poison and that as console drives the market it only makes sense that the two platforms should have integrated play.

Point 3: Dedicated Servers
Yes PC gamers love dedicated servers. There's a reason. They are awesome. With dedicated servers you become part of a community, and make friends and great rivalries. You also get to choose the ping you play at and the types of games you enter. Its also much easier to play with friends as we can see what game they are in and just join. It's simple and works. See with a game like BF3 there will be the following types of servers:
- friendly fire on or off
- infantry only
- 32 players on a 64 player sized map
- 64 players on a 16 player map
- high ticket games

A PC gamer picks their thing. And with hackers and exploiters a good admin will kick them. NONE of this is possible in console. Matchmaking sounds good in theory but I personally like the challenge of playing better players and the servers tend to have all skill levels. PC players think that match making is fine but that ONLY having that method is needlessly limiting and we think that console gamers are ignorant for not getting the full server experience because it is really worth it.

Point 4: Cost
A PC gamer might pay more... but I have proven that it is possible to pay more on console. Early adoption, second system, repair, replacement, xbox live, no 4-pack sales, more expensive games... it adds up and can cost more since when the next gen system comes out people WILL buy it. Once the PC gamer pays her initial hit upgrading is simple and VERY efficient. It depends on how much you spent on the rig and how much the console gamer buys and what they choose to adopt.

What PC gamers think is that console gamers are ignorant because when they make comments they talk about super $1000 systems. Graphics are based on frame rate at resolution... console gamers don't seem to get it no matter how much we beat it into their heads. We think is a blissful ignorance that console gamers tell themselves to avoid adoption of a superior system. See we don't have sympathy. When PS3 came out and you bought it for $650 you could have just upgraded your PC instead. Now you claim that you don't have the $$. Well clearly it was a choice...

Point 5: Complexity
Yes PC's are more complex than consoles. Its a fact. However there are two points that mitigate the argument:
1. Buy a pre-built system: There are PLENTY of companies that sell pre-built machines that are NOT Alienware. Most PC gamers never have and never will purchase an Alienware system. You can buy a great system for well less than $1000. These machines come with great warranties and do things like ADVERTISE ON THIS SITE! Wow PC supporting a 90% console oriented site...
2. They are not as bad as they used to be: It takes some effort to figure out what you need to buy at any given time but the systems go together very quickly and easily. Yes it is more complex but its isn't hard for someone intelligent or someone who want to put a few hours into research.

Point 6: The Gaming Industry or Why do Games Suck
Well to be fair not all games suck but I remember in 1988 playing Ultima VI where there were hundereds of NPC's in the world and every single citizen did the following:
- wake up sit on the bed for a while then sit at a desk
- walk to the tavern
- eat breakfast
- go to work
- man the shop
- walk to the tavern at dusk
- sit and eat dinner
- walk home
- lock their door
- turn on their night time light
- go to bed and turn the light off.

Lets look at Deus EX...
It was a simple game RPG. There was some interaction and intrigue but nothing that leaned on graphics. You were set at one end of a map, there were enemies in it and you had to reach the other end using skill you have chosen. This game could have been replicated and reborn... but why did it never happen.

Some PC gamers feel that the emerging console market of the early 2000's stagnated innovation for a couple reasons. The first being that marketing took over and tried to widen the product and thus marginalized the product. The second is that the console's limited hardware and the focus of software companies toward the mass market held gaming potential back.

Point 7: Legacy
Right now almost every single game played on console was born from the PC. Not all but almost all. The only reason they exist is because PC gamers took a chance on developers who took a chance. It was a symbiotic relationship that worked well. The modding community charged in and helped to innovate. That whole system has been ripped out except for a few European and Korean developers. In face almost all games that have been proven on PC have come to console. That's fine, but as a PC gamer it is frustrating to know, as a fact, that developers have ignored the PC platform for the money that console can provide. Its a slap int eh face to hear them lie about how they screwed their core fans and then use piracy as a red herring. It's also frustrating that console gamers don't seem to care that their innovation vehicle has been derailed. Games over the last 8 years have stagnated in regards to innovation because of console.

Point 8: The Future
This is nebulous. As hardware advances it becomes cheaper. The next gen consoles should have the capability to run at 1080P. In the mean time they are getting old. Developers will, until that time, give benefits to PC since they can. PC hardware is so far in advance at this point its ridiculous. As a PC gamer I am happy to see that DICE is sticking to its roots. I only hope that some of the old school innovation can be revived but I only see it happening outside the US.[b]

In Closing
Really in the end a PC gamer doesn't mind or bothered by console gaming. We just want to be left alone and maybe just appreciated for helping drive the kind of games that you play and love. We don't want to be marginalized and we don't like when console gamers use ignorant arguments. We don't see a reason for losing what we had and don't like it when it happens; we just want what we always had... great innovation and awesome communities.
#Community    #PC
Login to vote this up!

I am a PC gamer. I have a water cool completely custom case that I hand crafted from raw materials and PC DIY parts. The case is one of the smallest 3 120mm radiator cases that exists. I have a modest computer inside. The non-water cooling parts cost about $650 dollars and I upgrade the system about every 3 years and the video card about every 2 years.

I have been gaming all my life. I started with simple LCD portable games and we eventually got an Atari which I played the dickens out of. NES was too played until my fingers had blisters. I bought a PC in 1988 and have not looked back since (well except to play karaoke with my ex-wife). Games like Civilization, Battle of Britain, Ultima IV, Leisure Suit Larry, and Wing Commander took my heart.

I am also an avid technical scuba diver and have logged dives at 170' deep. I play paintball, softball, football, and all sorts of table tops games that include DnD and Axis and Allies. I am also in the process of writing my own table top RPG and have spent three years working on it. I have a woodworking shop and can make furniture, picture frames and the like.

I have a degree in Industrial Design. This makes me a designer of products, architectural way finding, POP displays, and user interfaces. I have also taught design at the college level.