10:13 AM on 06.17.2011 (server time)    0
Almost a year ago, I got and tried playing Demon's Souls. A couple weeks later, I reluctantly moved it from my "now playing" list to my "on hold" list, since I got stuck. The game is punishingly difficult, yes, but I'm slowly beginning to discover that it is not impossible, as I had previously believed.

The specific part I got stuck on was just the second boss in the game, the Tower Knight. Well, last night I was (miraculously?) able to beat him, and, having discovered specific techniques for doing so, thought I'd share them, especially since I haven't really seen this kind of help elsewhere on the internet. 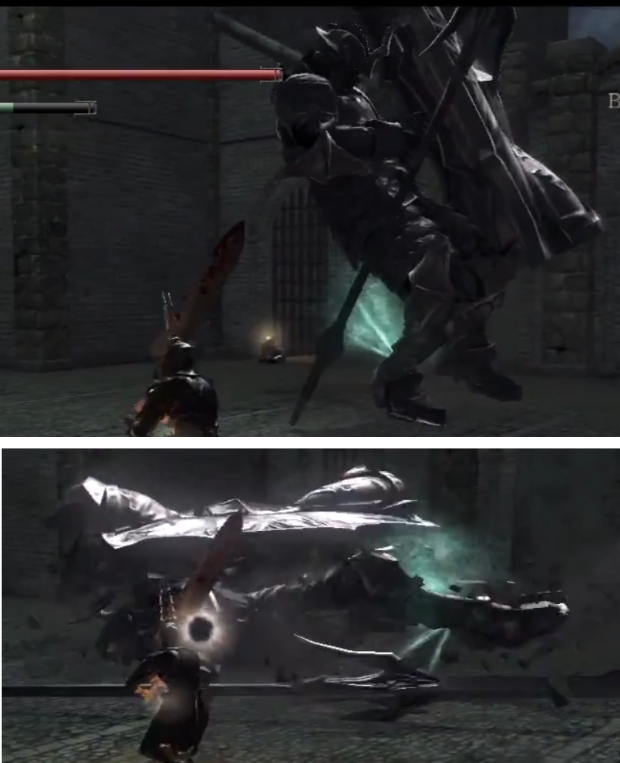 By the way, I think he does some goofy hopping attack when he stands up again, so steer clear of him just after he stands up.

Remember, especially when he's been toppled, you can easily take a break and run up the stairs on either side to heal or collect yourself. It's not impossible. You can do it! I did it! I have faith in you!
#Community    #PS3
Login to vote this up!