New system COULD be interesting 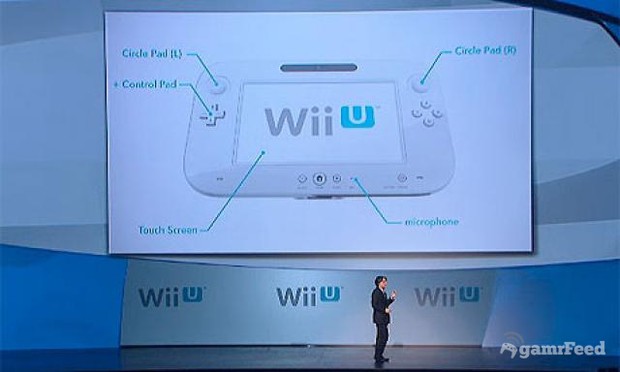 Mulling over some more of the chatter surrounding the Wii U, I’m more convinced than ever that Nintendo still doesn’t understand the current video game landscape.

Of course, Satoru Iwata has already come out and admitted that they, “should have made more effort to explain how it works.” And market skepticism has already led Nintendo stock to take a substantial hit. It sounds like the Wii all over again. But that turned out great for Nintendo right? In terms of sales, yes. But even when Nintendo stock rebounds, as in all probability it will, they need a platform that can produce long term success. In that regard, Wii U still feels vision-less.

So why do I get this system. I want to play the best looking version of a game? I want a system that integrates my video games with other media like movies, web browsing, and TV? It offers a new way to play current games, or allows for a new kind of game to be made all together?

While in some ways, the Wii U claims to do all of these things, Nintendo definitely looks to be banking on that last one. The first Wii gave us motion control, the Wii U is going to give us...what?

A screen on your controller for a map? Quick access to an inventory? Is this what we’ve been waiting for? Finally! It’s never been simpler to switch Link tunics mid-game! I can’t wait.

Yes, it’s still a year out, so I understand that Nintendo doesn’t have any finished titles to show. But the fact that they don’t even have a demo that illustrates their vision for gaming five years out from now doesn’t bode well.

They aren’t even committed to scrapping the current online scheme, only “refin[ing]” it.

Marketing manager Rob Lowe said, “We always try and strike a balance. Because we do have more younger consumers than any other hardware manufacturer or games brand we need to protect them while also making it as accessible as possible for the more active and hardcore consumers to go online.”

Kids go on Facebook, text on their phones, and many who play games also play on the other systems. Who does Nintendo think they are competing against? They’re stuck between a rock and a hard place, i.e. between Xbox/PS3 and mobile gaming. It doesn’t want to mature to take on the big boys, but still won’t modernize in order to compete with Apple or Android. Does the next generation of kids want to play Mario, or slingshot birds and listen to their phone make goofy noises when they shake it?

Which takes us to the next piece of un-encouraging Nintendo news. Steve Watts, in a brilliant 1up feature, notes that:

"Reggie Fils-Aime recently made waves when he said that Nintendo is "not looking to do any business with the garage developer." Though he drew a line of distinction between garage devs and "independent developers," it struck a chord in a changing market that's embracing more alternative platforms like mobile devices.”

“On the other hand, digital distribution on the PC and mobile markets has seen an explosion of development in the last few years, due in no small part to its ease of use and relatively low publishing costs. This model is remarkably similar to the early days of video games; browsers and mobile devices serve as a new, ubiquitous development platform, letting anyone try out their own experimental games. The iPhone, in particular, has been a looming threat to Nintendo's historical handheld domination.”

It’s as if Nintendo has learned nothing from the developments of the past 5 years. They invested in motion controls, making a bundle and egging Microsoft and Sony into the race before bailing after interest dwindled, leaving their competitors left holding the bag. So now it seems, Nintendo hopes to get lucky again by throwing out another poorly understood gimmick, guided by the philosophy that innovation is its own virtue.

And that’s where Nintendo has really lost me. A long time ago it stopped being about the games for them. Rather than show how this new system will support an awesome game, they’ve shown off the tech and left fans, consumers, and the media to figure out how it might be utilized.

Instead of announcing a few new IPs, and generating interest around a new generation of Nintendo development, they trotted out the same old tired franchises. I love Mario. I love Zelda. But those titles aren’t enough. I want to see Nintendo’s answer to Uncharted, or Halo, or Infamous…not another iteration of Italian platforming plumbers.
#Community    #Wii
Login to vote this up!

I'm a gaming sophist who likes to discuss, argue, and fight about video games. The only thing I enjoy more is a heaping bowl of Count Chocula. I also like to blog at 1up and IGN, so you can catch me at the communities there or at my own little slice of the Internetz: