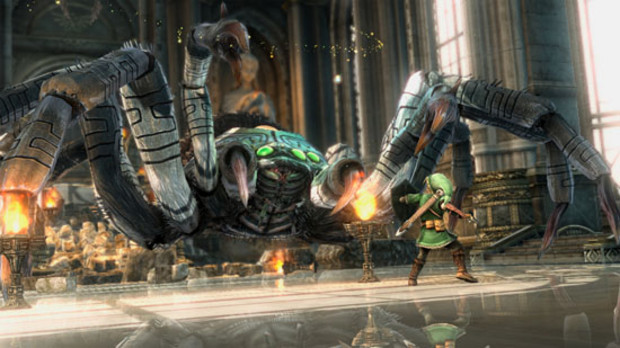 During Nintendo’s E3 keynote there seemed to be one portion of the video presentation that caught many by surprise, and made us all simultaneously squee on the inside just a little bit.

The answer is yes, and at the same time no. Nintendo hasn’t gone on record as saying that the footage was indeed a Legend of Zelda game in development. It’s merely being shown as an example of what Wii U can do with the franchise. The video also showed the new Wii U controller acting as a display for Link’s inventory, and a secondary display of the environment.

I may not be the only one who’s a sucker for the Zelda series. Afterall, I did purchase a 3DS at launch just due to the promise of the Ocarina of Time remake. But now it looks as if Nintendo has locked me in again for a Wii U purchase.

Touché Nintendo, Touché.
#Community    #Wii
Login to vote this up!

Eventually it led me to work retail for a video game retail chain (maybe you've heard of the company in passing), with the hope that it would lead me to bigger and better things within the gaming world. Let's just say it hasn't taken me any further then you may expect, and because of it I've decided to create my own blog.

My goal is to express my opinions to any that will listen, but also find a piece of myself that went missing when I took my current job, passion. I'd love nothing more then to write for a major site one day, and be more then just a spectator looking into a world that I want to be a part of. So many of the things I write here may seem amateur, and I apologize for that, but hopefully some of you will enjoy my ramblings.