E3: Just how hardcore is the Wii U? 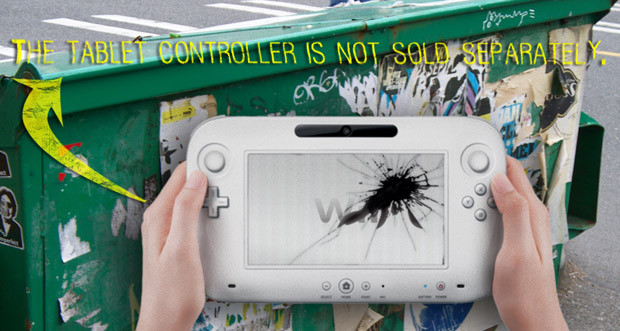 A device being marketed with such high levels of convergence and usability that it looks like you will never, ever want to put it down, let alone share, isn’t cheaply or conveniently replaceable. You break it, and guess what? You just bought a new console, or have to send it in for warrantied service, which we all know is only marginally better than buying a new console.

Just take a look at the damage that has been caused with Wii Motes in the past.

Imagine that on a more expensive scale and then multiply that by the number of families with small children, who were safe enough to play Wii, but absolutely weren’t trusting enough towards their tykes to let them own or touch Daddy’s iPad. I hope that you can recognize how troubling that makes the Wii U tablet. It’s on the verge of being too hardcore.

That’s right. I just said that, and it fucking frightens me.

Only time will tell if Wii U is not only a quality machine, but also one that has the goods that gamers want. At this point in time, I can say without a doubt that it will sell. What it does for the people that own it remains to be seen. E3 is no better to gamers than a campaign promise is to voters. Both tend to become obsolete a year or less after we've given both our money and loyalty to our party of choice.

Let's hope Nintendo honors its word.
#Community
Login to vote this up!