Why Remaking FFVII is a Bad Idea 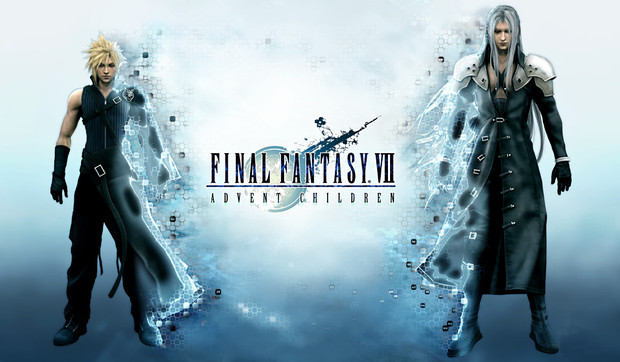 Or let's take Advent Children, since it was certainly as pretty as XIII and gave VII's cast that all-important makeover. It was one of the dumbest movies I've ever seen. CG modeling had by then reached the point of essentially unlimited storytelling power, which Tetsuya Nomura took as his cue to pop an hour-and-thirty minute long Matrix boner wherein the laws of physics, the stakes of each battle, and the spirit of the original, all became increasingly moot. It was a tech demo that dreamed it was a fight scene that once pretended to be a story so it could pick up chicks.

Now, 90% of FFVII looks like total dog shit, interspersed with five minute snippets where your characters grow four feet taller, sprout faces, and mime emphatically to one another. And despite the dated, quaint, or downright poor moments in presentation, it's a story that's obviously stuck with people the most without all the new-fangled razzle-frazzle.

Many of you, by this point, have probably dismissed me as a luddite nostalgist, afeard of The Newness because it doesn't sync with the VII of my adolescence. But I'm not saying graphics can't add to that experience. Graphical muscle is certainly capable of providing a whole new dimension of drama and depth. But what makes anyone think that's what it would be used for? What, in SquareEnix's recent oeuvre, suggests these are the people capable of adding anything of value to the original? More likely, the unlimited graphical majesty would be used to drop Aeris' neckline a few inches, have Sephiroth level all of Nibelheim using an endless succession of rad backflips, and replace most of the cast's dialogue with choreographed posing and icy over-the-shoulder squints. And boy, who else just can't wait to hear Yuffie talk? Won't that be grand?

I suppose there are plenty of people out there who don't view the company's recent output with quite the same level of virulent negativity as I do. And that's fine, there is no objective way to assess such things. To each his own, I say (though you'll have to imagine me doing so in that really condescending way, where someone's trying to sound like the bigger person but is actually judging you -- judging with their eyes.). Mostly, this hectoring is leveled at people that didn't care for the recent Final Fantasy's either, and still think a remake is a grand idea -- people for whom cause and effect is nothing more than a terrifying bluster of noise and motion without connection, correlation, just one long shrieking blurt of sensory data that ends, inevitably, on an internet message board, talking about how pretty graphics are pretty. It does occur to me that I might just be a dick, though, so...take that under consideration as well.
Login to vote this up!