Microsoft
First out of the gate was Microsoft. In my blog leading up to E3, I mentioned what I thought MS needed to do to ward off their competitors. The main three points were:

So how did they do? In short, MS delivered. They showed off several hardcore titles that smartly implemented Kinect functionality in unobtrusive ways. Gamers said they wanted to see Kinect work with hardcore games and MS gave us Mass Effect 3, Ghost Recon: Future Soldier and Fable: Journey in response; not a bad lineup if you ask me. Of course Microsoft also showed off some new family friendly titles with Kinect functionality, but that wasn't unexpected.

One of the more interesting parts of the MS conference was the preview of the upcoming Xbox dashboard which is due to arrive this Fall. The dashboard takes a page from the Windows Phone 7 book with its overall look and feel and is integrating some fantastic new features. MS announced that YouTube will be arriving as an XBL service and that they have integrated Bing! search into the dashboard (which can be activated with voice commands). Furthermore, Kinect has finally been implemented throughout. This was something I have been waiting to see since launch. As if that weren't enough, MS also announced that they are expanding their live television programming with some major networks already on board.

A remake of my favorite game of all time? Yes, please! 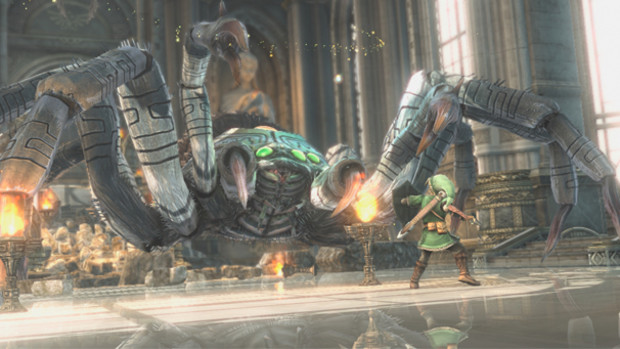 The new console, named the Wii U, is supposedly Nintendo's bid to provide a console for the casual market and for the hardcore market as well. Judging from what I saw, I don't think they've quite done it. The Wii U still looks like something aimed at a more casual audience. Don't get me wrong, Nintendo's done a great a job with this. For the first time in a long time, it looks like Nintendo has some strong 3rd party support. Games like Battlefield 3 and Batman: Arkham City will be making their way to the Wii U.

What about that unique controller then? Having no hands on experience, I can only offer my opinions based on what I saw and what I saw did not look especially appealing. The controller must be massive to house a 6 inch display and it doesn't look particularly comfortable or easy to hold up.

The other issue I have with the Wii U is that Nintendo didn't give a real release date or mention anything about the price. In addition, they stated that all the stuff shown from Nintendo were only tech demos and not actual game prototypes. We saw several multiplatform 3rd party games, but nothing from Nintendo.

I didn't feel that any of the three companies had a particularly strong showing. I wasn't surprised by anyone this year. Microsoft had the most stuff that I'm actually looking forward to and that is why I gave them the nod here. Sony and Nintendo both had solid showings, but most of it wasn't stuff that I'm particularly interested in or excited to try out. That said, I still stand by Uncharted 3 being the best game of the show.
#Community
Login to vote this up!