9:59 AM on 06.06.2011 (server time)    0
[Disclaimer: I wrote most of this last week without having internet access in my house, and only getting videogame news via my phone. By now quite a bit of what I've written about is either incorrect or been revealed, but I'm putting it up as it reflects my viewpoint mid-last week]

So with each passing day we�re seeing more and more pre-E3 announcements. As I�m typing most of this, there�s been a glut of NGP info today and I�m sure there will be more to come before Tuesday. However, as E3 comes closer, I get a feeling that there won�t be any big steps forward. We�re in the 6th year of the current generation of home consoles and it just looks like Microsoft and Sony are prepared to continue on their current path of convincing us that motion controls have something that aren�t going away. Nintendo are launching an HD console years after the other big two. Then there�s the two handhelds, the still to be released Sony NGP and the just-launched Nintendo 3DS, both of which I feel have uncertain futures in the handheld market with competition from smart phones. 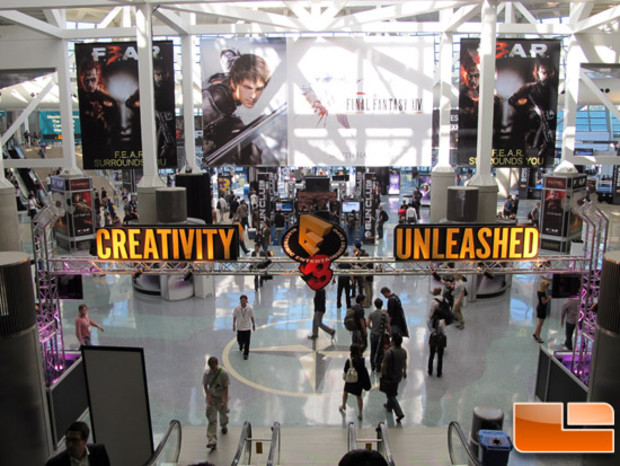 So, kind of pessimistic stuff then. Microsoft and Sony trying to convince us to buy Kinnect and Move respectively, Nintendo are launching a console that is going to try and win over the hardcore gamer but at the risk of possibly losing their casual market share, Sony and Nintendo trying to find a place for their new systems in a mobile market that seems to be moving away from owning a dedicated hand held. It�s going to be a continuation of what we saw last year, with Nintendo the only company showing some risky behaviour with their Project Caf� console.

The up shot is, I feel games have to take centre stage at this E3. The thing that Nintendo and Sony need to convince people to buy their new handhelds is games; Kinnect and Move sceptics need games to convince them to buy into Microsoft and Sony�s new motion controllers. And Nintendo needs a good line-up of games to convince the supposed hardcore gamers that they�ll need their new console and that it�s not just a too-little-too-late HD catch up. Considering the slim amount of releases slated for 2012 and the fairly large amount of pre-E3 announcements we�ve had so far (as I finish typing this, Konami have announced their HD remake releases), I think we�re in for a bumper show when it comes to actual future videogame releases. Considering how little we know about what games are coming out in 2012, I�m hoping E3 delivers a wide range exciting titles that are going to appeal to both hardcore and casual gamers. After all, videogames is why we buy this shiny hardware and without great titles, no one is going to buy any new hardware.
#Community    #OpinionEditorial
Login to vote this up!