E3 Approaches: Hoping for a Way of the Samurai 4 Announcement 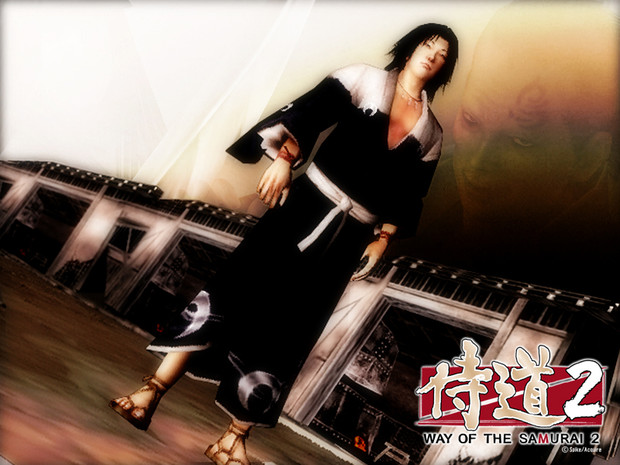 Unfortunately, the series fell fairly quickly into gamer obscurity. Way of the Samurai 2 managed a pure �Average� on Metacritic with a score of 59, which for many gamers is a �No Deal� on score alone. Common criticism found a distaste for the game's lack of open world in a post-GTA gaming landscape, while others took fair objection to the game's arcadey and old world take on game flow, combat and mission based gameplay. The next five years of the series' history are typified by a handful of screenshots for Way of the Samurai 3, tucked away in a few IGN articles about the game's Japanese development. This was literally the only bit of coverage the series was afforded for much of the time between 2005's Samurai Western (an off-shoot of Way-proper, published by Atlus) and May of 2009.

This is how I found out that Way of the Samurai 3 was coming to The States in Fall of 2009. I had joked somewhere earlier that week that several other games were seeing localization confirmations around E3, and that Way of the Samurai 3 was sure to be next. I had no idea that just a few days later official word of Agetec and UFO Interactive bringing the series in localized format would be a reality! What followed was an epic, frightening and perhaps sad campaign in the c-blogs of Destructoid to garner attention for this long forgotten franchise. Upon release, I marathoned through the game over a weekend and spouted a punch drunk review that only a fan could write with a straight face. As much as I love the game, you'll find my Trophy collection on PSN wanting for several achievements, including the multiple ending ones.

Its admittedly hard to blame publishers for not jumping at the chance to bring the series back to the states. Way of the Samurai 3 clocked in at a Metacritic of 58, as reasonable people have little patience for early console life jank coupled with good old fashioned Japanese quirk. If the sales stats from vgchartz.com are to be believed, sales were modest, to put it politely. While there's no doubt some profit to be made in this localization, its not a sure fire hit by any stretch of the imagination.

***Warning: Attached Trailer Gets a Little Too Kinky for Work for a Couple Seconds!***


That said, consider this my formal pledge: If Way of the Samurai 4 gets localized in the North America, I'll be the first in line! This release is currently PS3 exclusive with no word of even a Japanese 360 port in sight. But surely some company out there is willing to take the plunge on this niche legacy. The gaming landscape may be less keen on the localization of Japan's games, but I've still got room in my gaming wishlist for a little E3 miracle.

Do let me know if you hear anything!
#Community
Login to vote this up!