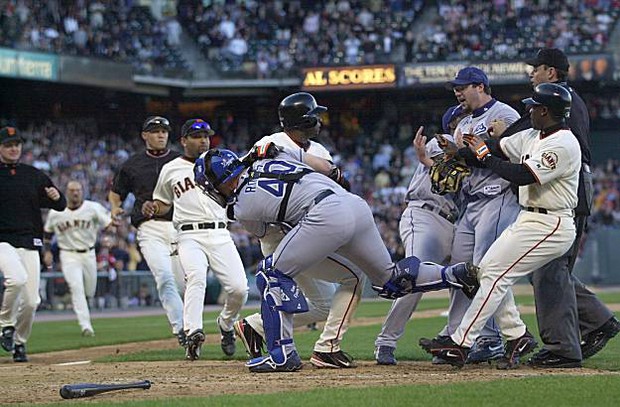 I suppose one of the only aspects of my life I can sort of relate with that mindset is in the realm of sports. I like the Dodgers because I’m from LA. I like baseball and I have some sense of civic pride for my city so that’s pretty natural I suppose. Then again, I don’t really understand it when people heckle me, or don’t want to be friends merely because they’re Giants or Angels fans. It doesn’t make sense to me, but maybe it’s comforting for people to buy into or identify with something on a really extreme level.

Another interesting thing to note is that people think 8 is a low score. There’s a full ten point scale and people seem to think 9 or 10 is good, 8 is mediocre and 7 is bad. I’m probably preaching to the choir here at Destructoid, where people are more or less reasonable, but by my way of thinking a 5 would be mediocre or middle of the road because…it’s in the fucking middle.

And come to think of it, I almost gave Portal 2 a 7. That middle bit was really shit. It was kind of like a sandwich that had really gross fillings, but this bread that was fucking awesome.
#Community    #PS3
Login to vote this up!