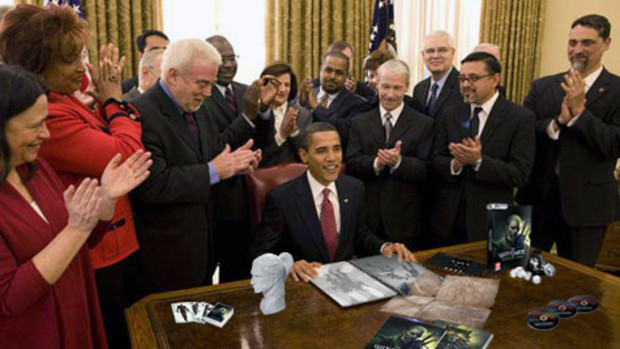 With the Witcher 2 currently eating up most avid PC gamer's time (and hopefully the President's), we've witnessed yet another ambitious game come out of Eastern Europe. The Witcher 2 followed in the footsteps of other games such as Crysis, Metro 2033, Magicka, Mount and Blade, and S.T.A.L.K.E.R. on delivering a game full of completely realized ambitions. Each of those games were full of strange nuances, that at first can be alienating but ultimately offer up a totally unique experience that changes how I play games in that genre. With the Japanese gaming scene said to be "in a period of catching up to the Americans", and the North American scene stuck in a cycle of sequels, lately I have been looking to Europe to give me new experiences. With the relatively weak currencies of some Eastern European countries we've seen AAA looking games come out with ambitious goals, and even more ambitious game play. Its a bit shocking to read the estimated budget for Witcher 2 was only $10 million USD, and with an estimated 400,000 in sales there is a good sized market for these ambitious games.

For this year's E3 I am keeping a close watch on the European developers and publishers (not just because of Battlefield 3) hoping to find another gem like the S.T.A.L.K.E.R. series or the Witcher. I already have my eyes closely watching for any information about Metro: Last Light, Battlefield 3, S.T.A.L.K.E.R. 2, and whatever CDProject is cooking up. I don't want to let another year go by where I let games and announcements by eastern European publishers like Paradox Interactive and 1C go by unnoticed only to discover new games by them months after they were released in a random Steam sale. Europe feels to be abreast with creative games right now, not only in the indie scene but even with their AAA titles. They have a lot of ideas to entertain us with, now's the chance to give them a stage.
#Community    #PC
Login to vote this up!