1:40 PM on 05.30.2011 (server time)    0
Hello friends! Welcome back to my freeware indie game series! This week's games are all rather short, but very fun. They're perfect for playing when you have an hour or two to spare. Also, just a heads up but I might not be doing another one of these for a while, because graduation is coming up in about two weeks. I'll be focused on finishing up my classes, preparing for graduation, trying to find a job and whatnot. It's all a little nerve-wracking. I don't really feel like I'm ready to be done with college yet. Hopefully all goes well. But in the meantime, here are five more games for you to play! 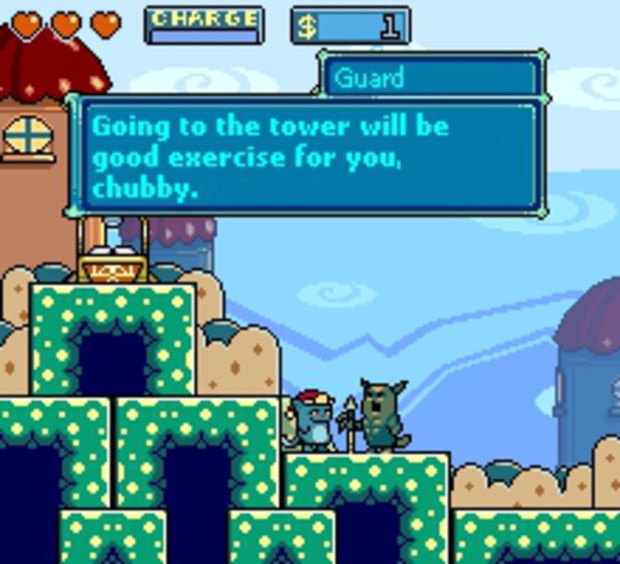 Another platformer, I guess there are a lot of platformers this time around. In A Game with a Kitty, you play as a fat, lazy, and somewhat stupid (but still adorable) kitty named Kittey, wearing what looks like King Dedede's hat. The village elder asks you to investigate a mysterious tower that has appeared on the outskirts of the village, leading Kittey on his quest. You can jump on enemies to kill them, collect coins and discover several new abilities along the way, including the ability to charge forward or use your hat as a parachute. This is another rather short game, but it can become quite challenging towards the end. The retro graphics are beautiful, and remind me of a very mystical Mario game. The game is humorous and adorable, and definitely worth a try if you love old school platformers.

That wraps it up for this week's batch of indie games! Let me know what you think, and be sure to donate to the developers if you have a few bucks to spare. I hope you enjoy these games!
#Community    #Indie
Login to vote this up!