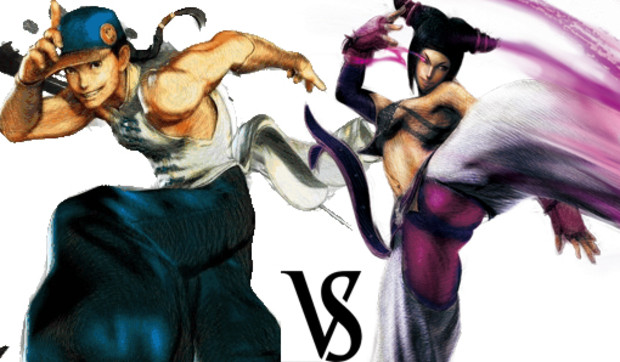 I can honestly say this was one of the best matches I've ever fought in.

The best way I can describe the three rounds was a dance. My dive kick follow-ups landed with grace, as he hit back with palm strikes and constant backturns - all combos. Whiffed Pinwheels were punished by Zesshou Hohou's (lunge punch), his dives struck down by Juri's Ultra, Kaisen Dankairaku. No Focus, just evades and counters. I ended the match with a wakeup Pinwheel and the inevitable agreement was "one more go." We stuck with our characters, and as we fought talked about why we main who we main. For him, after Ryu was "nerfed," he went the Daigo route and picked up Yun, out of love for his 3rd Strike version. As I said before, Juri had been on my radar for quite some time since I first saw her.

After the third match, the best two-out-of-three went to him. I had to get to class; if not, one more go around would have been an inevitability. By this time a small crowd had gathered, watching the fight. As soon as I stood up, another player had a seat and selected his character. Life cycle of the Arcade.

As my friend and I walked back on campus, I couldn't stop talking about the fight. The fun, the camaraderie - meeting a gamer in person who's on an equal level as you...that is the greatest feeling an arcade can give out. Pure excitement. Don't get me wrong - I've met folks online, through FNF's (which I'll try to participate in more), and even through random matchups that've been, without question, truly fun people to be around. But there's something about fighting in an arcade that you can't get from online. Not to say that arcades are infinitely better (like when the guy sitting next to you hasn't showered in DAYS). But getting a group to chill at an arcade around a physical cabinet, cracking jokes and pointing out whiffs, seems much more fun than sending out Invite after Invite online.

So long as this, and other arcades can stick around in this age of online play, I'll continue to drop quarters and hit P1 or P2.

Photo Credits (except for VS title) go to Sklathill
#Community    #OpinionEditorial
Login to vote this up!