9:59 AM on 05.27.2011 (server time)    0
Last night I went to the monthly GameCityNights event in Nottingham. I just had to attend when I found out that Brian Provinciano's upcoming XBLA/WiiWare title Retro City Rampage would be playable, and that Brian himself would be coming to us live via video conference. More videogame/pop-culture references than you can shake a joystick at, plus appearances from Mr. Destructoid and Jonathan Holmes? Sold. 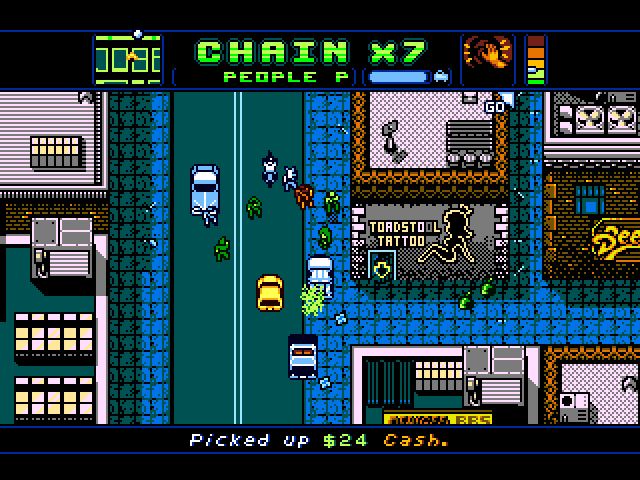 And of course, there’s the excellent soundtrack, featuring music from virt (Shantae, Mighty Flip Champs), Freaky DNA (NBA Jam), and Norrin Radd. It totally rocks, and is set to be one of the best soundtracks of the year.

During his video conference with GameCityNights, Brian Provinciano said that he has no firm release date yet, but is hoping that the XBLA version will release near the end of Summer, with the WiiWare release a couple of months after that. It sounds like Retro City Rampage would make the perfect end to Summer of Arcade 2011. My verdict from the preview: save $15-worth of Green Coins for it.
#Community    #Indie
Login to vote this up!