I come bearing Conscioustoid, a series I’ll be trying to keep up with about a lesser known use for video games; academic research. As a graduate student in neuroscience, I have to read many, many journal articles to keep up with my studies and I thought why not read ones about GAMES. Now before you dismiss these as boring Vulcan science, I’m aiming to create discussion about the topics I’ll present and explain to the community at large what’s going on in your brain while you’re sitting in front of your screen for hours. I hope you find it as interesting as I do. 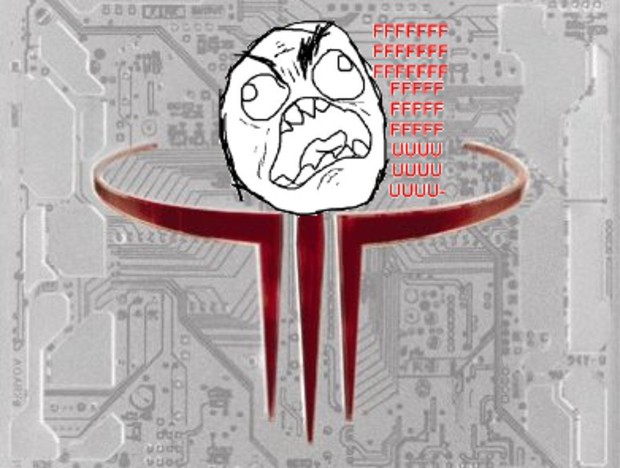 As we can all attest, music provides an undoubted sensory factor to the gaming experience. Also, after recently seeing Video Games Live (which everyone needs to see immediately) this topic provided especially intriguing. A study I found out of Montreal back from 2005 used (I don’t pick the games) Quake III Arena and set up a game in Q3DM3 with the player as a Klesk fighting an Orbb, Mynx, and Angel bot for 10 minutes. Two groups played with either no sound at all, or just the in-game music. They found that the gamers who played with the music had higher levels of stress hormone, cortisol, than the other group. Also interesting is that the gamers with elevated stress didn’t report feeling stressed while they were gaming.

My two cents: From my personal experience, the music makes all the difference. If the narrative and play style don’t get in the way, the music can make or break the immersion. I’ve been recently playing the Assassin’s Creed series and the majestic, grandiose music playing even while aimlessly jumping around makes me feel like I’m doing something important. It makes me wonder what it would be like if there were some kind of music playing during multiplayer… Although I think being down 48 to 49 without the shotty or the sword is stressful enough already. We don’t want people going code blue.

So, I ask, what effect does the music in your games have on you? Do you notice the music stressing you out? Some games, Halo and Assassin’s Creed as alluded to, really put emphasis on the timing of music in certain sequences. On the other hand, the music can totally “ruin” a scene…cough…Deadly Premonition… Does this make games better overall? Tell me!
#Community    #Rants
Login to vote this up!

I play video games. I live in the barren wasteland of Sudbury, Ontario, Canada and I'm pretty much only here for being a graduate student in neuroscience. I also enjoy being a musician and a part-time sportsman. Gaming outlets currently frequented include Xbox 360 and PS3, but is known to mooch a DS for Pokémon, play a Wii with girls and at parties, and also some Minecraft on my Linux machine.

Talking about yourself is for losers. Read what I have to say instead.