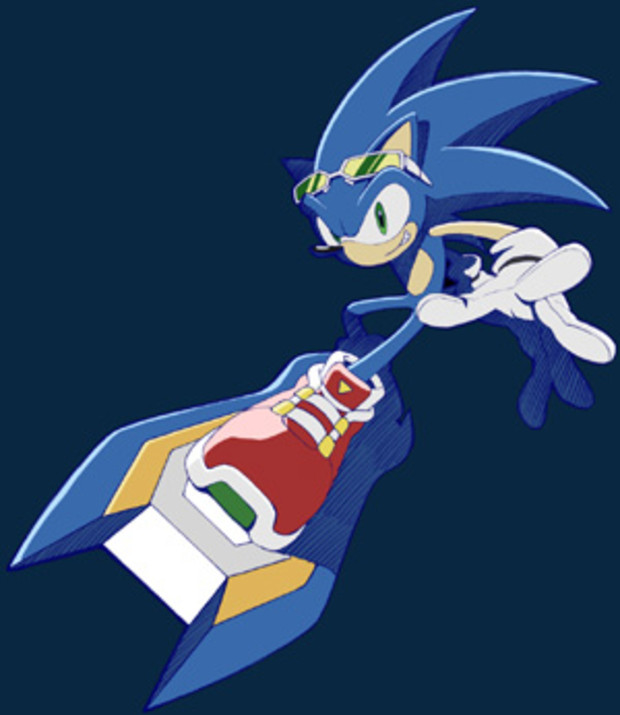 It's a classic story told since the dawn of time. Boy has money, boy spends money on XBox Dev Kit, boy finds prototype version of a game, boy announces discovery to the internet. The big difference here is that the game in question was never even announced. Just developed and quietly cancelled in the night.

Yes, Sonic Extreme from unknown developer. Not "Xtreme", the ill-fated PC/Saturn game that was quite far in development and never finished, but some completely unknown-until-3-weeks-ago skateboarding game. According to the finder ProtonX (Unsure if that's his real name or online handle), the game uses art from SA1 apart from the crates which are from SA2 and Shadow in 2-player mode, music from SA2 and has Mega Drive Sonic item boxes littered about.

As for the gameplay, the goal of the missions is to get a key and then open a lock, combat mode is a small area with 4 sub-zones. There are 4 keys, 1 for each zone. There are grenades, firecrackers, homing rockets and mines that can be picked up and used against the other player or to destroy crates. This version doesn't have a way to win/lose/leave without quitting. Finally there is the race level. It feels a lot like Sonic Adventure 2 battle- the first level. You go around a seemingly never-ending track, then when you finish it boots you to the game screen.

There's some videos below. overall, I love these finds and hopefully I'll get to play this sometime. It's very rare a unique find like this happens, so I hope some of you get a kick out of seeing something that will never come to light.


#Community    #video
Login to vote this up!