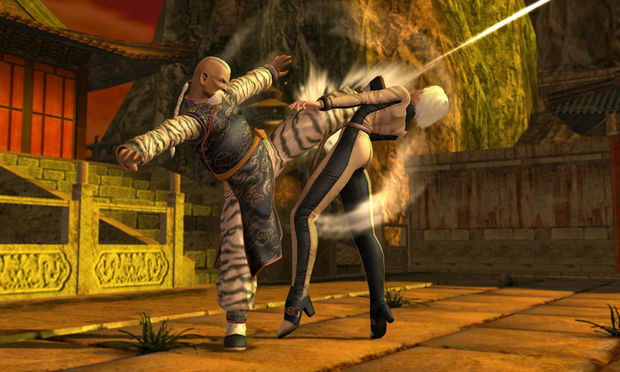 Dead Or Alive: Dimensions does do a lot of things right. The gameplay is as solid as ever, it's got a lot of content with more free DLC costumes on the way, it's got a nice variety of game modes and it's got some of the best - if not the best - visuals on the system. However it does just as many things wrong: broken online play, tag battles might as well not exist, slightly poor controls and most of the unlockables are for an utterly useless mode.

With Super Street Fighter IV: 3D Edition already available on the same platform and countless superior fighting games on others, it's hard to recommend Dead Or Alive: Dimensions as a purchase. Dimensions is certainly worth a rental to any existing DOA fans or fans of fighting games in general that want to get a bit more use out of their 3DS but even the most hardcore DOA fan will probably be done with it within a week. Newcomers to fighting games may actually get a little more out of it thanks to the extensive tutorial sections within the story mode and the option to use the touch screen for moves, but it will likely still leave a lot to be desired.

[Just treating this as a little writing exercise for myself - constructive criticism appreciated]
Login to vote this up!

I'm very cross, but what a guy!

I first heard of Destructoid in late 2006 and I've been lurking on Dtoid since mid 2007, though I only got around to actually signing up in early 2009.
Due to my unfortunate habit of talking and writing far, far too much and losing track of why I started in the first place, I tend to stay clear of the C-blogs for fear of finding myself up at 4am writing a three-page essay on Legend Of Dragoon, but I'll probably write the occasional rant, to everyone's dismay.

Quick shout out and mention for Love 146, a fantastic charity dealing with a very tough subject. Give them a click, listen to their story and please support them if you can.