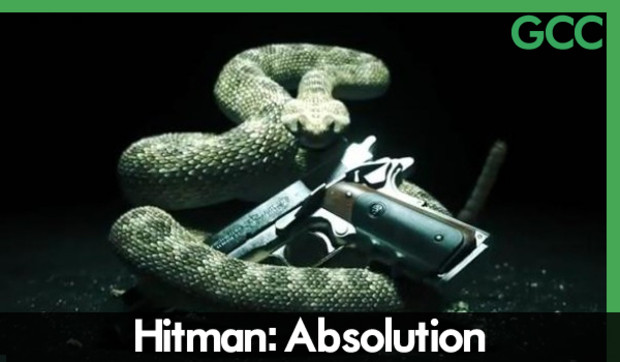 The guys at IO Interactive have had a long, long time spent in the gutter the past five years. Their little Mini-Ninjas game was the only little gem that came out of the studio. I awarded Kane and Lynch 2 my game of the year out of utter pity of the studio, that the game showed us just how damn good 2010 was to us all. It’s such a relief then to see the studio go back to its basics, what made IO Interactive the premier developers; the Hitman series. I think that Blood Money on its own is somewhere in my new ‘top ten ov forever’ list given a recent playthrough.

I don’t think I’ve ever loved a series of video-games the more I think about it. Absolution will be the fifth entry in the series and I still remember seeing the box of Contracts just sitting in my nearby game story. There was a tatty “Ł29.99″ sticker on it, I snapped it up. This was… god knows years ago. This was back when video-games could barely tell a story and Contracts showed off a psychological mind-trip into the heart of darkness that was Agent 47′s past. The game still stands as one of my favourites, but Blood Money takes the cake with its almost non-linear amount of approaches to any assassination.

The opera house still stands as one of the greatest levels of video-gamekind. I remember playing it around fifty or so times and my recent playthrough highlighted just how damn bloody damn good the thing is. It’s wonderful. I don’t think I’ll ever play anything like this again, until now, Absolution was announced just this week and a super-duper-teaser came out to hype us all up. You should’ve seen my face when the damn thing came on, flashed its little engine, scurried about in its Snake symbology (seen above) and left me speechless.

It’s downright scary to say that this was my childhood, but it was my childhood. I remember encountering the game almost ten years ago or something. It was an obscure demo on those foggy old PlayStation Magazines. I thought the controls were horrible, I gave up minutes into it. My friend came along and pushed me to try it out some more, I started messing around and realized that this was Silent Assassin and that I had to buy this thing. I did. I got hooked and spent the next few years absolutely hooked on the game, seeing its little secrets and using cheats and finding the best ways. I fell in love.

Absolution, however, is already scaring me. By scaring me I mean oh god given this recent tidbit of information that has released.

“The hope is that the movie will be going in a similar direction, and then when they both come out they will speak the same language. They won’t follow the old Hitman games, but rather go with this newer direction.”

[I will be film critique cornering the Hitman film in a few weeks or so, during my little semi-hiatus.]

Doesn’t that sound terrifying? I think this has me now completely furious. Like, seriously, Hitman has never been a cinematic experience. It’s had cut-scenes, fair enough, and some cinematic flair here and there but in the same sense that films have literary flair here and there. For IO Interactive to turn around and outright say “We liked the film” and “We’re gonna follow the film” is… disastrous. I am scared, honestly, this game now has absolutely every single thing going against it in my view. If it’s following the more-than-likely shitty movie then I have absolutely no remorse if Absolution turns out to be shit.

See I was sceptical when I read the title Absolution given it’s far away from the honest Blood Money and downright mysterious Contracts. I’m now more than inclined to believe that the IO Interactive that I once believed to be one of the greatest studios on the planet is now utterly stone-cold dead. I know why, they’ve been swallowed whole by the Square Enix deal and I cannot think of a worse company moving their hands about my once-beloved studio. Square Enix are a parasite of the video-game industry and I believe them to be amongst the worst in creative-driven developers and publishers.

I trust IO Interactive to perhaps redeem themselves from the bowel movement which was the last three years, but for them to do so, they have to do something unbelievable. After five years they need to satisfy fans, beat Blood Money, put a spin on a shitty film tie-in thing and not lose its heritage. I fear very deeply for the franchise given, in those fives year, regenerative health and other video-game conventions have become… conventions. I am scared, oh so scared, given that the difficulty and how you overcame the difficulty was at the very heart of Hitman’s gameplay.

If they put in regenerative health, tone down the difficulty beyond something else entirely, then I will be pissed off. I won’t ever buy, support or even look at IO Interactive products again. If they do that, but add perhaps a ‘Classic’ mode with tweak to AI, no regen health and other features (similar to how the notoriety system scaled to your difficulty in Blood Money) then I am more than happy to support the studio. I have no idea if that sounds horrible or whether it’s genius given that Duke Nukem Forever is releasing next month with a regenerative health system and it perhaps shows that… the times… are… a… changing.

Time will tell whether or not Absolution sucks hairy balls or not. The game is being unveiled at E3 and I have… some faith in the studio. If they pull it off, they have my respect until the end of time, I trust them. Not as much as I’d like to, but I trust them.
#Community    #Rants
Login to vote this up!