I Wish I Had Tried it Sooner 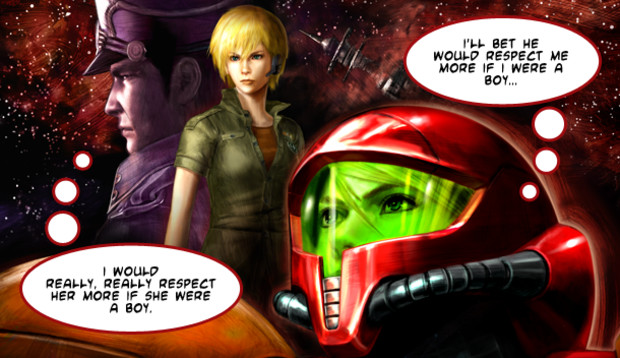 Being a gamer is tough on the wallet. Games are a bit expensive and we usually want the best bang for our buck. This has led to us using reviews and the opinions of others to see if we should pick up a game or not. Usually if the feedback for a game is bad we skip it and move on, without really giving it a try to form our own opinion.

This happened to me with Metroid: Other M. Like many others, I didn't pick it up when it launched because of the average review scores, and all the negative comments about the story. Now I do agree about some things but all in all it was a game I couldn't put down. It was a great ride, with some annoyances here and there, from start to finish.

I never really got to experience "classic" Metroid, I've played Super Metroid but have not beaten it (or any other 2d entry for that matter) but Other M is great and I kind of regret passing up on it. I did get the game on sale but wouldn't have minded paying full price. The script is a bit off, mainly because of the words that come out of Samus' mouth and actions that do not make sense at times (but actually not as bad as I thought it would be). Heck even the excuse for not being able to use all your weapons is weird, but still the gameplay is really good. The only annoyance was having to aim the Wii-mote at the television to fire missiles. This is not a problem all the time, just a bother during the heat of battle.

So yeah the bad stuff is there but if you just focus on that then you are being negative. The action, the bosses, and the GAMEPLAY is great. If you have not played or bought Metroid: Other M I highly recommend giving it a try, believe me you will not regret it.


This experience has actually made me more open to try out more games. I am planning to buy Animal Crossing: City folk and Little King's Story next, other games I have skipped because of several reasons.So what game or games have any of you skipped but then found yourself thoroughly enjoying when finally deciding to give them a shot?
#Community    #Wii
Login to vote this up!

I am a person, a lover, and a gamer. I have been gaming since forever. I grew up playing Sega games. My family was all about Sega but during High School I bought my first Nintendo System and from there on I have been transformed and engulfed but what I can only call the Nintendo Difference.