When Worlds Collide; And Opinions too. 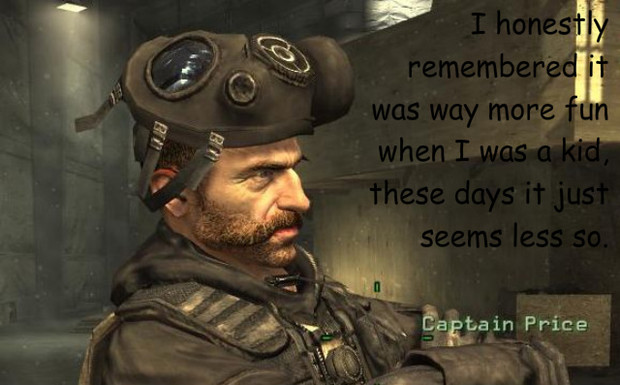 -Me: Samus, any last thing you'd like to add?

-Samus: When faced with a controller, you have two choices. A or B, Start or Select, Traditional or new. But to run the game, to actually play the game you have to actually turn it on first, and that is done in one universal way, the power button.

-Me: I think that actually makes sense. Well, that about wraps it up I guess, thanks to all for participating.

This is what Link form the Legend of Zelda series had to say on the matter:

"Whenever I think of Super Mario Bros, I'm speachless..."

Well, there you have it folks. One of the most iconic games, criticised and analysed by equally iconic game characters. Yet even they could not come to an agreement. I guess there's some lesson in there somewhere.

The only thing I've learned though, is that sometimes, silence truly is golden.
#Community
Login to vote this up!

I am Wolfy-Boey, and I'm a 20 year old Lebanese gamer who hopes to one day become a part of the videogame industry. A have a passion for almost all forms of entertainement: comics, movies, animation, music etc... But I hold a special place in both my heart and genitals for videogames.

Aaamaazing:The Curse of Monkey Island and I (My first Blog!)

Here is a massive list of some things and games that I love in no particular order to help you know me better:

P.S: Amazing header made by the equally (if not more) amazing falsenipple.