5:45 PM on 05.02.2011 (server time)    0
As a long time flash-enthusiast who made tons of crummy sprite-based flash movies and dreamt about making games as a kid It always saddens me that most people reject flash games as not being “real” games. The reason for this is most obviously that there are tons of shovelware flash games out there but that’s just the nature of a platform where almost anyone can write a game. The question is does that really give someone the right to condemn every flash game ever made? I can recall ton´s of great and or interesting flash games and I thought I would share my latest find with you guys. 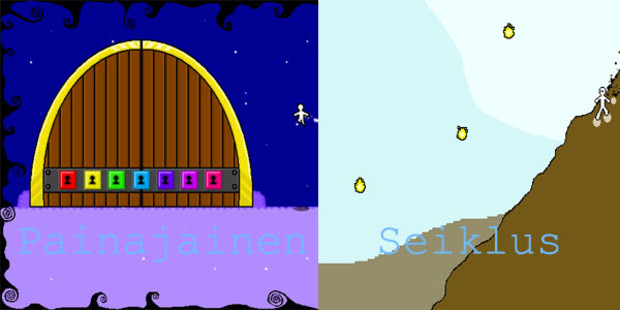 Coincidentally I had one of the most insane and intense dreams just recently, and the craziest part is that it felt so real, more than usually. It involved intense drug use (which I don't like, that's probably why I dreamt about it), people coming out of fountains and a penthouse nailed on top of a regular house that eventually fell apart, but only after I played a tedious board game with a friend and 13 good looking females in swimsuits and my friends mom came out of a hart shaped house on the balcony. Aren’t dreams just wonderful?

And by the way, is there a theme that you despite the game always seem to catch your attention in one way or another? For me it's strange/scary or just plain weird games that always seem to get to me, I've told you about my obsession now tell me about yours!
#Community    #Indie
Login to vote this up!