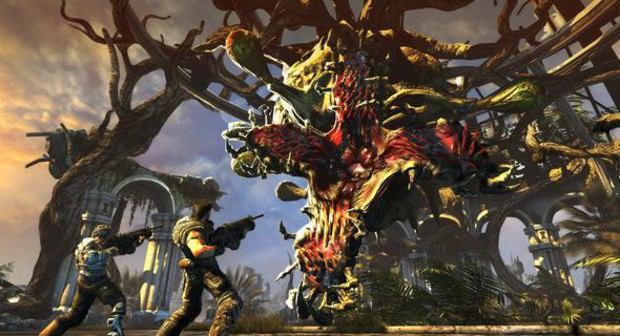 I hate to say this, publishers, but we don�t �owe� you anything, at least straight out the door. Especially when people like David Jaffe are saying that the consumer has no place in the used game sales debate. Telling us that we should buy your games at $60 because you need to make money or the used games market is �tough� for you isn�t an excuse. This is capitalism. Customer and brand loyalty are things that need to be earned and maintained, and it's especially arrogant to assume customer loyalty. Not to turn this into a referendum on used sales, but it seems like every time a cheaper alternative to $60 games comes along like used games or mobile apps, publishers get temperamental, since Reggie Fils-Aime has complained about mobile games too.

This is why Capps� comment disappoint me. Epic of all companies should be aware that it�s up to the publisher to tell us why your game costs what it does. They�ve had a great commitment to quality and they have a good history of rewarding people who purchase their game brand new. Gears of War 2 at $60 netted you little unlockables like gold guns or an extra multiplayer map. The reason I went out of my way to buy Bulletstorm brand new is because it offered a lot of extra multiplayer bonus content and access to the Gears of War 3 beta. That was absolutely worth $60 to me.

If anything, the rise of indie development, cheap games on Xbox Live, PlayStation Network and WiiWare, iOS gaming, and Facebook games are godsends. By undercutting the model of $50-$60 games, publishers now can�t uniformly say that games are charged in the $50-$60 range because �that�s what games cost�. I disagree with the suggestion that mobile games are killing Epic Games or anyone else, but if that�s what publishers think, they�re going to need to either:

After all, who says capitalism doesn�t foster competition?

Final note: Yeah, I know this happened a while ago, but some computer troubles prevented a timelier posting. Blame my laptop�s fan.
#Community    #Rants
Login to vote this up!