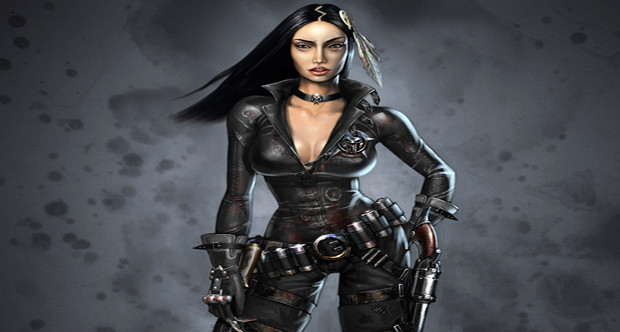 I didn�t attempt the competitive multiplayer because I figured that a) the service wouldn�t be available, or b) nobody would be playing it anymore. The game does have a co-op mode too, but I didn�t have anybody to test it out with. My girlfriend isn�t very big on FPS games.

I can�t help but walk away from Darkwatch feeling unfulfilled. The game is serviceable, and if you�re looking for a quick PS2 era run and gun shooter you could do a lot worse. Darkwatch also did the whole undead West thing before Undead Nightmare so it gets some points there. However the weird controls and constant use of arena sections where you have to fight off waves of enemies really slowed down the game�s flow and sapped its energy. I can�t say I�m truly sad that Darkwatch flew under the radar for me.

Next up on Under the Radar: I had to scratch Dead Space off my list because I wasn�t enjoying it. It felt like a chore to play. C�est la vie right? Instead I�ve been playing Pok�mon HeartGold and I got some things to say about it. Stay tuned!
#Community    #Rants
Login to vote this up!