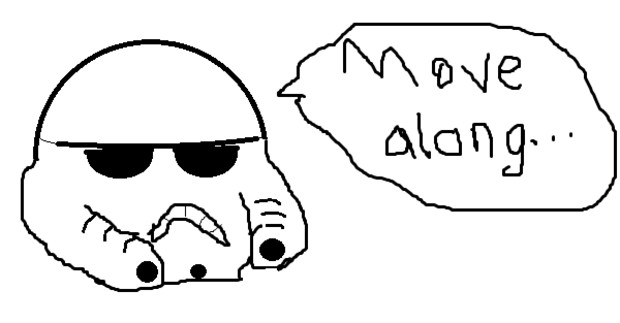 Well, this brings me to the sad realization I stumbled upon halfway through my game: I�m super late to the party! I�m so late, I�m not even fashionably late anymore.

I wouldn�t be surprised if nobody read this blog because everybody moved on to bigger and better things since Bioshock came out, and they don�t want to read another mediocre blog about it. Not only am I late to the Bioshock party, I�m late to the HD console party, too!

By now, everybody has friends they play online with, and they have tons of games to play on PSN and Xbox Live. I only have one game, and nobody wants to play it anymore. I really missed the train, and with the 3DS and NGP coming out, coupled with the rumors that all Nintendo, Sony, and Microsoft are all working on new consoles for next generation, I may never catch up!

I was planning on getting myself a PS3, but then the 3DS came along, looking all sexy and multi-dimensional. It�s like every time I get some fancy technological device, something new comes along that I want to get so I don�t ever fall behind again. (It�s also like I�m an old person complaining about how new tech keeps invalidating old technology).

For a while, it seemed like this vicious cycle would never end, but then I realized why I fell behind. I never got an Xbox 360 or PS3 because I was still pretty young when they first came out. The mature games didn�t interest me as much as Legend of Zelda Twilight Princess and Super Mario Galaxy, but most importantly of all: I had no money!

I�m a bit older now. I actually have a respectable amount of money to spend on my leisure activities, and I can appreciate more mature themes in video games now. Being a full-time student, the money�s not as lucrative as the dough I was pulling down as a professional male model, but I now have enough to get a few video games. However, being a full-time student also means I don�t have much time to play video games, but that�s beside the point.

What I�m starting to realize is that I no longer rely on my parents to fuel my hobby any longer. The reason I fell behind the times was because I didn�t want to have my parents spend the money.

Knowing that I�m starting to grow up and starting to get the money to buy all these consoles and gadgets, I�m a bit less afraid of coming late to the next party. In the mean time, I can still try having fun with all the leftovers and trying my best to catch up. I will eventually get a PS3 because there is some stuff on there that I want, and I may get my hands on a 3DS when a decent game releases for it. This will, hopefully, get me caught up with 5 years of missed opportunities. I also need to get a more recently released game to start getting in on an FNF around here, but I keep school keeps taking away the motivation to buy a newer game that people are actually playing! *sigh*

Well, at least I only have to pay $20 for older games right now! That�s one good side about coming late to the party!
#Community
Login to vote this up!