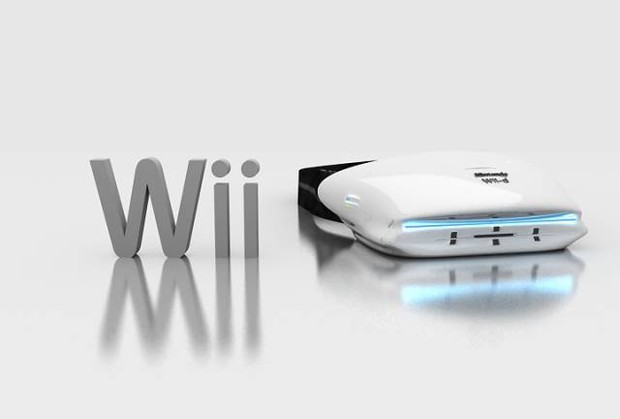 So all the interwebs are a-buzz with exciting news of a Nintendo's next console. First reported by Game Informer with follow-ups by every other media outlet including details about the new controller from CVG, the new system is rumored to be more powerful than its Microsoft and Sony competitors as well as make the belated move to HD.

Nintendo even seems to be chasing after much needed third-party support by introducing publishers and developers to the prototype early, ahead of E3.

So despite far-off release date (sometime late 2012, at least for now), at first blush there is a lot to get excited about. A new system inevitably means upcoming titles from all of Nintendo mainstays and a strong release could bring some much needed balance to the recently two-way console wars.

But will a Nintendo over promise and under deliver? Would a technically superior system really be enough?

I don't think so.

Computing power is important but not the end game. At least not anymore. In the years to come I see the PC making a major comeback if digital distribution continues on its relatively open-source path. And computers will always be technically superior, even if developers make games with the traditional console player in mind.

In addition, mobile gaming is taking advantage of the flexibility it offers and the sleek interfaces of smartphone and tablet technology to offer another competitive rival.

It's pretty likely that even if everything goes according to plan, Nintendo will be unable to offer anything that comes close to offering PC capability. And being a console, the Wii 2 also won't be able to compete with on-the-go gaming, despite attempts with the gimmicky but poorly integrated 3DS.

So what's areas left for Nintendo to break ahead in? Usability.

While offering a new way of playing games with motion-sense, the Wii did little in the way of user interface, offering an experience that is even worse than the X360 and PS3, which are not so golden themselves.

Online gaming, social networking, and downloadable content will offer the greatest room for competition going forward, and if Nintendo doesn't capitalize on integrating these three areas with seamless serendipity, no amount LSD screened controllers or awesome Mario titles will save the company from a quick counter-launch compliments of Sony and Microsoft.

While Microsoft currently sports the best version online gaming and downloading, there is still plenty to improve upon. And if Nintendo isn't the one to offers plays a user friendly experience from everything to surfing the web, accessing great downloadable games, and connecting with other players both in-game and just online, somebody else will.

And that somebody else might not even be Microsoft or Sony. The looming threat for all three of these traditional gaming platforms isn't from anyone one of them, its from Apple.

The iPhone was cool. iPads are awesome. Now imagine Apples next big product: a home media device that lets you do watch TV, listen to music, stream movies, download and play games, and do everything else you would normally do on the web, except now with voice activation and motion-sense.

It might never happen. But that's the new reality, and I hope Nintendo realizes it.

[i]
#Community    #Industryevents
Login to vote this up!

Somehow I've managed to keep my obsession with video games from
completely destroying my life.

I know how to beat the Water Temple in reasonable time,
I've witnessed someone beat Super Mario Bros. in under 5 minutes,
and Final Fantasy Tactics is the best turn based strategy game ever made.