11:16 AM on 04.12.2011 (server time)    0
Back in the day, my friends and I used to hang out after school and play games with each other in the school yard. We would physically interact as we developed our ability to cuss and nailed each other with dodge balls in the 90 degree southern California weather. Despite the fact we would smell like dog by the end of the day, it was lovely. However, there was always one thing everybody would rather be doing: playing video games!

The Gameboy Color was released around 1998, but only the very privileged children got theirs right away. So 1998-2000 saw me and my chums being forced to actually exercise and get fresh air! Can you believe that!?

Well, it was near the end of the run of the GBC in 2000 when the prices started to lower, and we all became older and more responsible. We all got our Gameboys by the end of Christmas and we finally got to do what we wanted all along: to play video games with each other at school. It was aaamaazing! 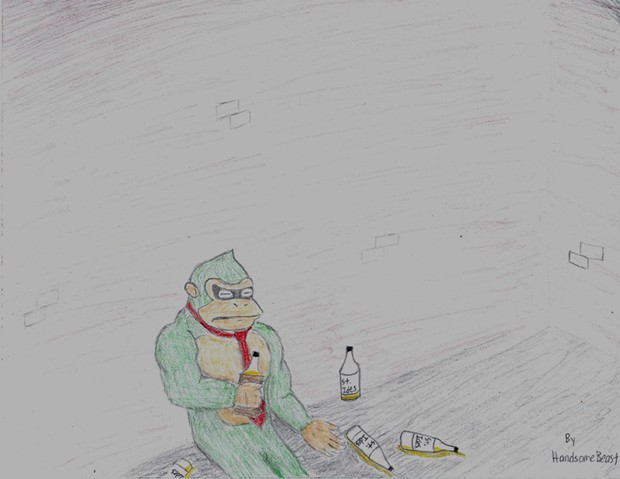 This is the kind of thing we�d doodle, but with far less skill

When people started to get games that others owned, the GB Link cable took things to another level of amazing-ness. Instead of hovering over a person�s shoulder and talking about how much better you are at Pokemon than them, you could sit across from them and prove your superior Pocket Monster skills. There was also some fairly epic Tetris matches that were held at the lunch pavilions thanks to that magic cable.

So many great moments were had with the Gameboy, and they were made much better because their portability allowed these memories to be shared with good friends. I still remember the awe I felt when I first saw a friend perform the Mew glitch in Pokemon Red Version, and the jealousy I felt when I saw how much better some friends were at other games than I was. Everytime I hear that chime when I start up my Gameboy, I'm taken back to those younger days of mine. Great times were had doing one of my favorite things of all-time (playing video games), and improving the worst thing in my life (going to school).

It is because the Gameboy Color allowed me to play video games at school with my friends that I thought it was so aaamaazing. The GBC was a way to share my love, and it helped form great memories about being young and careless, and that's why I think it's so aaamaazing. (See what I did there?)
#Community    #OpinionEditorial
Login to vote this up!