9:49 AM on 04.10.2011 (server time)    0
So... Something interesting happened while I was playing Mass Effect 2 this morning. I was going through the Project Overlord DLC, and I was being kind of impatient since this is my second playthrough. Right now my priority is getting everything done for my Renegade file (including the DLC stuff, the sidequests, etc), and so I spend a lot of time holding down A to storm through stuff I've already done as a Paragon Shepard.

Now, right before I get to the override I'm storming through the water, where the wires are hanging down. 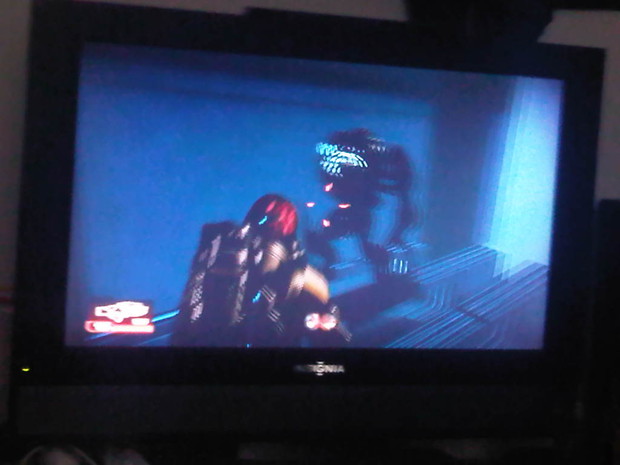 The wall I walked through. Also Kasumi giving Grunt an enema.

I tried to explore further, but unfortunately the boundary definitions and the place I'd glitched myself into only allowed me to walk into that one space and the wire area above the hall. After fiddling about on the opposite side of the hall where I'd come up, rather than being able to glitch myself into a strange place in the scenery further back, I fell to the floor and was able to continue Project Overlord as normal.

So, apparently Shepard is so badass the rules of physics don't apply to her, and she can literally walk through walls if necessary.

Good to know.
#Community    #Rants
Login to vote this up!