Haven't been here in a while

But since this is well a videogame site I thought I'd put some nerdy gaming stuff up on here, and news more like.

Actually I'll put two news items, or whatever they are called here, or just some stuff about my games.


First is on Mecho Wars

There might be a Mecho Wars remake for Android, which would have a whole design change on most units and also a better story, and another campaign, that is I will know this upcoming week if it goes threw.

But here is a example of how it would look like compared to the original. 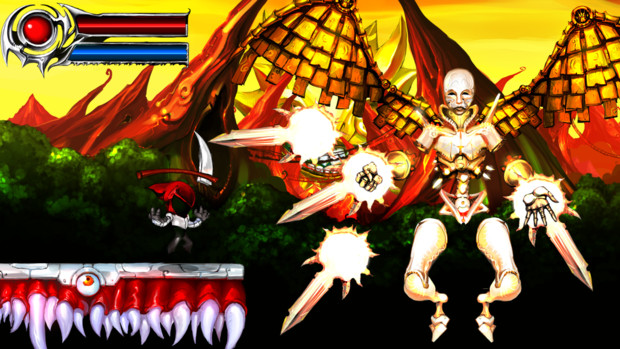 At first the game was planned to be huge, but because of the lost of funding well I had to make it smaller, so now it won't be in episodes, but just one game.

So well I want to reveal a video of it probably in a month, I only put up a video of one of the bosses (just a video in our animation editor)
http://www.youtube.com/watch?v=LkoU1sHtfQ8

Since our engine Prime supports multiplatform, Reaper will come out on PSP/PC/Mac/iPhone/iPad.

If anyone wonders Reaper will also be my most expensive game to buy, at 10 dollars on PSP/PC/Mac and 5 dollars on iOS.
#Community
Login to vote this up!

and some other games too. Can't be bothered to write them all here