6:24 PM on 04.08.2011 (server time)    0
So, I received Ghost Recon Shadow Wars from GameFly earlier today. Normally I dislike the Ghost Recon series but considering that this one is a turn-based squad centric strategy title and based on some very positive reviews I had seen, I ordered it. I’m going out tomorrow to buy it. It’s a great launch title for the 3DS. It doesn’t look as nice as it could but that’s not really the point. It does make decent use of the 3D though by giving you a better look at uneven battlefield terrain. I’ve played quite a few of the 3DS launch games and if you’re picking up a 3DS soon, here are my recommendations for something to play on it: 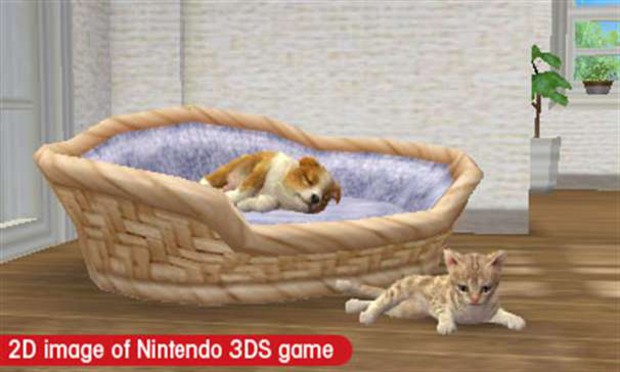 Nintendogs + Cats – I make this recommendation only for people that didn’t play the original as it’s basically the same with a few added features. It makes excellent use of the 3D and the pedometer function which rewards you based on how many steps you took while walking your pet is a nice feature for those of us that take our 3DS everywhere.

Unfortunately, that’s all I can actually recommend out of the 3DS launch titles. Of course, there are other titles that fans of their respective series will pick up like Super Monkey Ball 3D, Pro Evolution Soccer 2011 3D, and Madden Football. Steel Diver is, interesting. It’s not a bad game at all but it is something different and not for everyone. I would suggest that you try it before you buy it. It’s one of those love it or hate it type of games.

I’m still waiting on my ZAGG invisibleShield. I was informed today that they’re on back-order which doesn’t really surprise me. They’re fantastic quality screen protectors. I’ve had mine on my phone for about a year now and it has protected my touch screen from some pretty serious use. I’ll be glad when it comes in, I’m very nervous about having my 3DS screens unprotected.
#3DS    #Community
Login to vote this up!

Below, you will find links to my articles at Examiner.com. If you like what you read then tell the masses. Tweet it, Facebook it, other social networking it. Most of all, take a moment to submit it to Stumble Upon. Examiner bases my pay on page views, how many subscribers I get, and how much time people spend browsing my articles. Your support means a lot to me, and I make nothing without it.

You can stalk me at:

________________________________________________________
My name is Dallas and I was born a gamer, well, at least in the sense that I’ve been playing video games since my stubby little child fingers could grasp a controller. Believe it or not, as a child I was prescribed video games by my pediatrician as a way to help deal with ADD. Back then though, it wasn’t called ADD, I just heard my parents tell people I was “hyperactive”. Well, getting me that first games system (it was an Intellivision because it was a little cheaper than the Atari at that time) worked. I learned to sit still for longer periods and it improved my hand/eye coordination substantially. I fell in love with portable gaming from the moment I first saw the original Gameboy. Despite it's greenish screen and horrible battery life. I carried it, and about two huge packs of AA batteries, with me wherever I went. At some time or another I have owned every single portable system, with the exception of the Neo Geo Pocket Color. I have plenty of nerdy gamer love for both Sony's and Nintendo's handhelds.

Almost as long as I’ve been a gamer, I’ve been a fan of gaming publications. It started with the first issue of Nintendo Power (which I still have) and grew from there. I’ve always enjoyed reading and writing so the desire to enter the crazily competitive world of video game journalism seems a natural fit for me. I have done freelance work for various websites, both paid and voluntary, and enjoyed all of it. I am currently the National Nintendo 3DS Examiner for Examiner.com.

I am married, and have been since 2006. We met in middle school, went our own ways and married other people, then ended up back together. Funny how stuff works out like that, isn’t it? My wife had a stroke the day before Valentine’s Day of 2010 and we spent a large amount of time in physical rehab. Since that point, she continues to make a little progress all the time and goes to outpatient therapy regularly. Other things about me; I'm a recovering MMO addict, I’m fairly patient, have a great sense of humor, love a good beer (one or two a day is good for you!), I’m an introvert by nature but will be outgoing with people that share the same interests as I do, and I hate discussing politics or religion with friends. I’m also a huge Penny Arcade fan with a lot of respect towards Mike and Jerry for what they’ve accomplished and support the Child’s Play charity whenever I can.