12:22 PM on 04.06.2011 (server time)    0
While I hate to admit it, over the years I have realised that I lack any real skill when it comes to adventure games. I don't solve problems, I usually make them and then run away from the inevitable fire and potential dismemberment. But that has never stopped me from trying, and to this day the genre is one of my absolute favourites. There is never a time where I don't have a few adventure titles on my hard drive. Most of my first games were adventure titles, on the PC at least, like the Monkey Island series, the classic Sierra landmark games like Kings Quest and Space Quest and yes, even Leisure Suit Larry (although looking back I was clearly to young for LSL, and it probably speaks volumes about my disturbed mindset now). Now thanks to developers like Telltale I'm still able to enjoy excellent quality adventure games. With digital distribution outlets like Steam and GOG I'm also able to relive my fond memories of the old classics. However, and this is thanks to GOG specifically, it also reminded me of one adventure sub genre which I had never really invested much time in: FMV adventure games.

It wasn't that I actively avoided them or had some inexplicable deep seeded resentment towards them which could only be dealt with through extensive and expensive therapy. They just never took my interest. At the time these games had their golden age I had drawn a very definite line between the thespian enterprises I witnessed on my crappy TV or in my local cinema and games. Even then it was a silly line, and now the line has been smudged beyond recognition, but forgive me, I was an ignorant child. It didn't help that I simply didn't think they looked very good, aesthetically. FMV quality wasn't exactly the best and the characters often contrasted starkly with the CG environments. This was all despite the fact that one of my first PC games was a fantastic FMV adventure called Sherlock Holmes: Consulting Detective.. 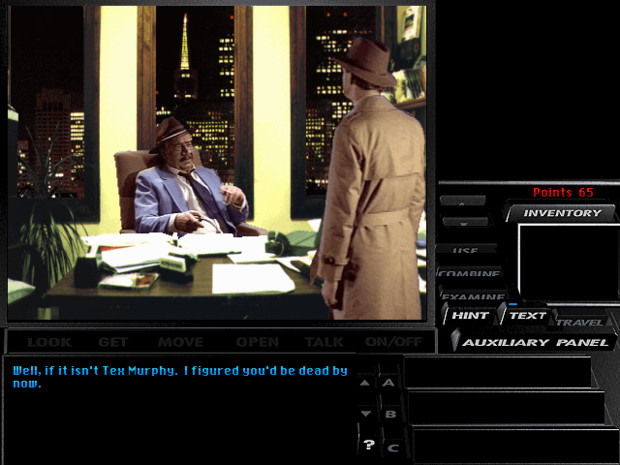 So I ignored these games for most of my life due to the aesthetic and now that the aesthetic is terribly dated and completely out of fashion I adore them. Either I'm becoming a dirty rotten hipster or I've suffered a revelation. Regardless, if you never really got into FMV adventure games you should give them another chance, or at the very least give Under A Killing Moon a chance. I'm sure you won't regret it, and if you do, don't blame me. I'm an idiot.
#Community    #Retro
Login to vote this up!