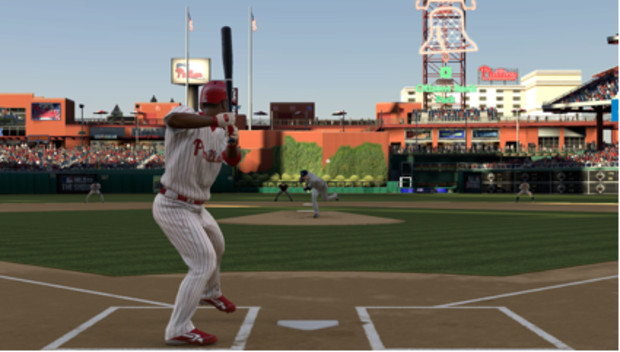 The smell of barbecues is filling the air as the chilling winter begins to leave the air. It is baseball season again, when every team with a halfway decent budget can find its way into the playoffs. Yeah, Tampa Bay could be an exception along with a few other teams, but the high payroll teams such as the Yankees, Red Sox, and Angels are going to have a chance. But aside from beer-battered brats and high hopes for your club, gamers are given another competitive sports franchise. MLB: The Show ‘11 showed off its Joe Mauer cover again this year when it hit shelves March 8th. The Show has made its way to the top of the food chain as far as baseball franchises go. This year hasn’t just been a glorified roster update either, The Show has worked in a few more pitches to their repertoire this off-season.

The art of the analog stick is redefined in this year’s installment. Fielding has taken a step in the right direction this year. It wasn’t The Show’s fault that fielding has been pretty much nonexistent; fielding has never been an important facet in a baseball franchise before. However, the difference between having Michael Bourn in center is much different than using Adam Dunn in the outfield. The ratings greatly influence the fielder’s reaction time, momentum, and accuracy. This has been a rare and much needed improvement from prior years. The analog control also has found its way into pitching. The user must now move the analog stick down during the delivery and move the analog stick upwards on the release. This isn’t any simple down and up motion either; release the stick too early and you’ll leave a meatball right down the center of the plate. If you release the stick to late, you could throw the ball to the back stop and move runners into scoring position. The player will sorely find much difference while taking the mound with the likes of Halladay or C.C. versus taking the mound with Jeff Suppan. The difference between an ace and an end of the rotation pitcher is a bit steep. Even the worst pitchers can throw a few innings without giving up five or six runs every time. When the player takes the mound outside of the top tier level of players they are virtually calling in the game. The AI also seems to have terminator-like vision. Even some of the .220 batters would lay off some nasty sliders and curves just outside of the zone, making precision pitching virtually useless.

Batting takes on the analog motions as well. The player needs to push backwards and upwards to mimic the step and swing motion of a batter. I found this the most enjoyable aspect of the game. The batter may have perfect timing on a pitch but if the ball isn’t placed where the batter is looking, don’t expect to square up on it. If the player guesses the location and type of pitch the majority of the time, you should find the gap or even the bleachers. Choosing a contact swing at 0-2 makes all the difference in the world when the batter tries to stay alive in the count, only adding to the realism. Although the performance and gameplay has taken a large step forward, The Show still needs some tweaking.

The crowd cheers before the last out and often sneers at a poor call, but the announcers are below average. Matt Vasgersian and Dave Campbell return along with a new voice, Eric Karros. Their chemistry is just not there and they leave out a much needed voice to heighten the experience. It’s also quite disappointing when an infield single and a 430-foot home run sound exactly the same coming off the bat.
The franchise and Road to the Show modes are solid but a bit stale as well, as they don’t seem to offer a whole lot that is different.

Overall, The Show has taken a tremendous stride in improving the gameplay and realism to the MLB experience. The player needs to feel and react like a major league player in the most clutch moments of the game. Although the game falls a bit short in adding to the experience as a whole, The Show is still the ace to beat this year.
#Community    #reviews
Login to vote this up!