A week with my 3DS - The Verdict & The Wishlist

9:48 PM on 04.02.2011 (server time)    0
I have had my 3DS for a week now. During that time, I have carried it with me everywhere. On my local travels, I have failed to come across one other 3DS user via StreetPass. Although I am disappointed at not being able to experience one of these new features, I’m sure it will happen some time or another. Here, you have my final impressions of the system as well as a wishlist for games I would love to see on the 3DS in the future.

Another problem with the system is, as everyone by now knows, the battery life. With the 3D on, the backlight turned up all the way, and running a 3DS game you’re only looking at maybe three hours at the most. That is not a lot of battery life for long trips without recharging. Recharging, by the way, is also an issue. It actually takes longer to recharge the system then it does to drain the battery. Clearly, there is room for improvement in this area either through third party add-ons or a newer battery you can install yourself from Nintendo.

These are minor problems compared to the overall system. If you have a DSi or DSi XL and you’re on the fence about upgrading, don’t be. The 3DS is worth the $250 asking price, but, it wouldn’t hurt to wait until at least May when the online functionality is enabled on the system. Don’t wait for a price drop, it won’t happen for quite some time and don’t wait for the next “version” to be released. While it is a safe bet that there will be another version of the 3DS release in the next couple of years, chances are good that it won’t be something you can’t live without. Unlike when the original DS was upgraded to the DS Lite and when the DS Lite was upgraded to the DSi, the 3DS will more than likely get another version more along the lines of the DSi to XL. It was a size increase but did not add any features that were necessary. If you’re on the fence due to the price and you would rather wait on the inevitable 3DS XL, how are you going to feel with the guaranteed higher price tag of those larger screens?

The Wishlist (in no particular order): 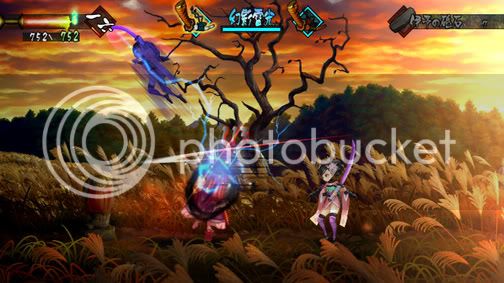 Muramasa: The Demon Blade – Muramasa was easily one of the most beautiful titles on the Wii if not all consoles. I would absolutely love the see a longer, deeper sequel on the 3DS. The hand-drawn visuals would be stunning with subtle 3D effects and the button spamming hack and slash gameplay would be great fun on the go.

The World Ends with You – TWEWY was one of my favorite RPGs when it was released in 2008. The soundtrack, visuals, and battle system made it stand out from the JRPG pack. I would love to see its return on the 3DS. 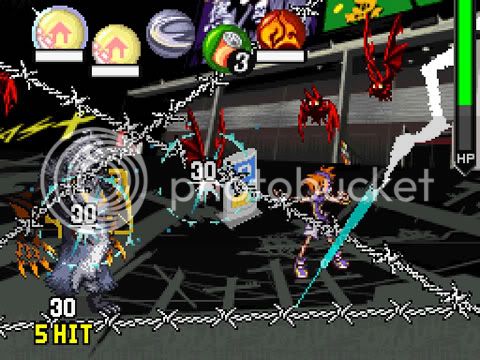 Mario & Luigi – Much like The World Ends with You, Mario & Luigi: Bowser’s Inside Story was an awesome and different RPG. More. Is there anything else to say? More.

Super Smash Brothers – It didn’t happen on the DS but there is no good excuse for SSB not to be on the 3DS. The system has more than enough power, online capabilities, and control options to make it possible. Make it happen Nintendo and you’ve got a true system seller.

A Metroid that is not in first person! – Call me a Metroid purest but I don’t want to see through Samus’s eyes nor do I want to see her in third person, whining. I want Metroid and I want it in all its side scrolling, platforming, exploring glory.

MadWorld – Who wouldn’t want to see another MadWorld? The over-the-top violent action was a lot of fun but a little repetitive. Still, you couldn’t help lining up the most vicious attacks you could muster. The violence combined with the humor made for a really solid game.

More oddball, unique titles – Games like Phoenix Wright, Ghost Trick, Hotel Dusk, Scribblenauts, Elite Beat Agents, and Henry Hatsworth helped to define the DS as a console. They offered unique gaming experiences you simply couldn’t get anywhere else. Of course we need more of them. The system needs great, and different titles like these to give people a reason to want a 3DS.
#3DS    #Community
Login to vote this up!

Below, you will find links to my articles at Examiner.com. If you like what you read then tell the masses. Tweet it, Facebook it, other social networking it. Most of all, take a moment to submit it to Stumble Upon. Examiner bases my pay on page views, how many subscribers I get, and how much time people spend browsing my articles. Your support means a lot to me, and I make nothing without it.

You can stalk me at:

________________________________________________________
My name is Dallas and I was born a gamer, well, at least in the sense that I’ve been playing video games since my stubby little child fingers could grasp a controller. Believe it or not, as a child I was prescribed video games by my pediatrician as a way to help deal with ADD. Back then though, it wasn’t called ADD, I just heard my parents tell people I was “hyperactive”. Well, getting me that first games system (it was an Intellivision because it was a little cheaper than the Atari at that time) worked. I learned to sit still for longer periods and it improved my hand/eye coordination substantially. I fell in love with portable gaming from the moment I first saw the original Gameboy. Despite it's greenish screen and horrible battery life. I carried it, and about two huge packs of AA batteries, with me wherever I went. At some time or another I have owned every single portable system, with the exception of the Neo Geo Pocket Color. I have plenty of nerdy gamer love for both Sony's and Nintendo's handhelds.

Almost as long as I’ve been a gamer, I’ve been a fan of gaming publications. It started with the first issue of Nintendo Power (which I still have) and grew from there. I’ve always enjoyed reading and writing so the desire to enter the crazily competitive world of video game journalism seems a natural fit for me. I have done freelance work for various websites, both paid and voluntary, and enjoyed all of it. I am currently the National Nintendo 3DS Examiner for Examiner.com.

I am married, and have been since 2006. We met in middle school, went our own ways and married other people, then ended up back together. Funny how stuff works out like that, isn’t it? My wife had a stroke the day before Valentine’s Day of 2010 and we spent a large amount of time in physical rehab. Since that point, she continues to make a little progress all the time and goes to outpatient therapy regularly. Other things about me; I'm a recovering MMO addict, I’m fairly patient, have a great sense of humor, love a good beer (one or two a day is good for you!), I’m an introvert by nature but will be outgoing with people that share the same interests as I do, and I hate discussing politics or religion with friends. I’m also a huge Penny Arcade fan with a lot of respect towards Mike and Jerry for what they’ve accomplished and support the Child’s Play charity whenever I can.