Contestoid Over: In Which I Announce the winner of Halo goodies! 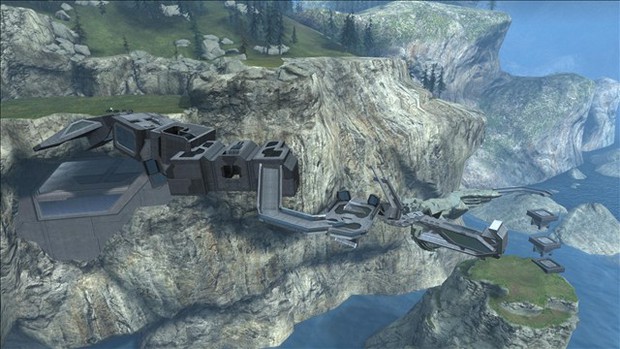 Before I post the leaderboards for the final times, let me just say that this contest was an absolute blast to run. Like, a lot of fun. I'm very seriously considering doing another just like in in April or May. The tension, the constant trumping by our top two players, it was just phenomenal. However, there can be only one.

Pretty much AT THE BUZZER, Aiayla posted one last clip for me to preview and time. And of course, it wasn't exactly clear-cut. She starts the course at 0:20 and her wheels touch base at 1:22, but she goes wildly careening off in a wheelie which I'm not certain was intentional. Rather than splitting hairs, I decided to add a full extra second to my previously noted 2-second penalty. She still came in first.

I'm certain she would have won even had I just timed things so they ended as soon as people hit the third platform. Let me just say folks: If you want to see this course done with balls-to-the-wall insane speed, download Oddity off of Aiayla's fileshare. She blasts through some areas with the sort of speed that had me wondering just how many times she'd died from a bad bounce.

Since she won first place prize, Aiayla gets to pick between Halo: Legendary Edition, a Full-sized Replica Energy Sword, or a 6-inch Replica Battle Rifle.

So, Aiayla, I'll be PMing you with the details for that.

Qalamari, I'm certain you're feeling a little robbed right now. Perhaps even a little bitter about holding first place through the contest only until the very last second. However it wouldn't be fair of me to let you go home empty-handed after all the hours of sweat and cursing you must have put in, so I won't. You get to pick if you want the new Halo book or a copy of the Halo: Legends anthology of animated shorts. It's not a freaking Plasma Sword replica, but it's better than a sharp poke in the eye.

Thanks to everyone who entered. I wish I could give you all something, but I'm not yet made of pure money. Yet.
#Community
Login to vote this up!