A Tale of Two Open Worlds

12:33 PM on 03.24.2011 (server time)    0
Open world games have become something of a staple in video games ever since Grand Theft Auto III revolutionized the genre. Ever since the technology became more readily available, open worlds have appeared in everything from run-of-the mill Grand Theft Auto clones to World War II games and even quasi-rock worlds. Eight years later it�s a lot easier for developers on tighter budgets than Rockstar North to implement open worlds, but how do you implement them well? When is an open world really an integral part of the game? I�ve come up with a theory that I think explains two successful formulas for open world gameplay and the relationship between them.

This is an open world where fun, chaos, and catering specifically to the player�s impulses to be a colossal sadist reign supreme. I know the term �sandbox� is ubiquitously applied to open worlds in general, but think about it for a second. Erase everything you know about the connotation of �sandbox gameplay� for a moment. What do you want to do when you�re in a sandbox? Build a castle and then demolish it with your fists? Throw clumps of sand in the air or maybe into a playmate�s face? That�s what I always inferred a sandbox to be: An open world where wacky carnage takes at least some degree of priority.

A common � and critical � characteristic of sandbox environments is your character having the ability to defy physics, ignore gravity, miraculously heal from wounds, and cause more damage than Arnold Schwarzenegger from Commando. Embrace these traits whenever you can if you want a sandbox. It exemplifies the crazy, kinetic action and destruction we want to see � and more importantly, to cause � with fewer limitation or boundaries. The slapstick physics of Saints Row 2 make it a more effective recipe for chaos than the realistic driving in Grand Theft Auto IV (although I know I�m going to get at least objection to that claim). Similar Wile E. Coyote physics in games like Prototype and Just Cause 2 is what makes them standout sandbox games because you can do a lot more with less restrictive environments. 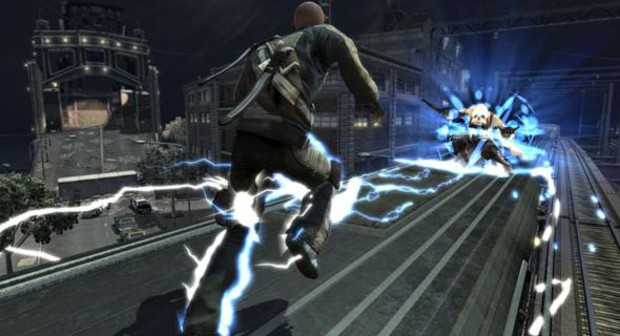 For me one of the biggest examples of trying and failing to have it both ways is inFamous. Initially I felt like inFamous had a solid grip on a sandbox open world, but when I opened up the second district Cole suddenly got bogged down with a lot of tedious climbing and the parkour wasn�t nearly as smooth as it was. The game seemed to do an about-face and opt for something more along the lines of a frontier world, but the environment was basically a small slum and generally not that interesting to explore to me. I still enjoyed the game, but after I point I didn't enjoy the open environment nearly as much as I had in other games.

Join me next time on this little analysis of open worlds, where I�ll discuss how games split the difference between sandbox and frontier � and games that just have no point in their open worlds at all.
#Community    #Rants
Login to vote this up!