Destructoid Live! Is A Thing You Should Be Watching (Now With More Zoeker)

6:45 PM on 03.19.2011 (server time)    0
As many of you know, Destructoid has a live stream channel on Justin.Tv . The channel has been growing like a freakish lab experiment gone horribly right since October of 2010. At the moment of writing this, the channel has over 4,700 followers, and over 17.5 MILLION views! We even have our own sub-community of people who frequent the channel known as the Destructoid Chill Bros, with 340 people in our Facebook group! Dtoid's live channel has become pretty notorious around Justin Tv itself. 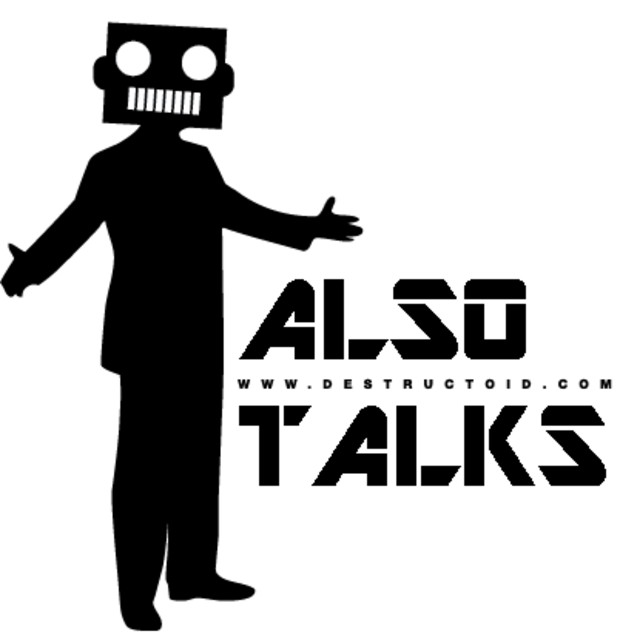 Now this is where it gets good. I, Bill Zoeker, have a new show on the Dtoid Live channel myself. The tentatively titled "Also, Talks" features my co-host Johnny Luchador and I talking with the Dtoiders and Chill Bros alike. Think of it like a live internet radio show. The goal of my show is to get to know Destructoid's more prominent community members, and to bring more Dtoiders into the Live channel fold. You might be wondering who I am exactly. I've been watching MASH TacticS since their infamous Kung Fu Live! show around Christmas of last year, and since then I have become extremely active in our sub-community. I act as moderator on Destructoid's channel chat, as well as assist MASH in their goings-on. But, most importantly, I am just a Dtoider like any of you. My first regularly scheduled show will be tomorrow after 321GoCast Live with their very own Tactix. Come watch as we have a laugh with Destructoid's West Coast Community Manager/Master of the Seductive Arts. Also, if anyone reading this would like to be on the show at some point, send an email with your request and a link to your C-Blog, or whatever it is you've been up to, to [email protected] !

I hope to start seeing a lot more new yet familiar screen names around Justin.Tv/Destructoid !
#AboutDestructoid    #Community
Login to vote this up!

I'm a jackass of all trades. I've plugged my brain into net to create info-taining videos about video games for you and your friends to consume with your lovely faces.